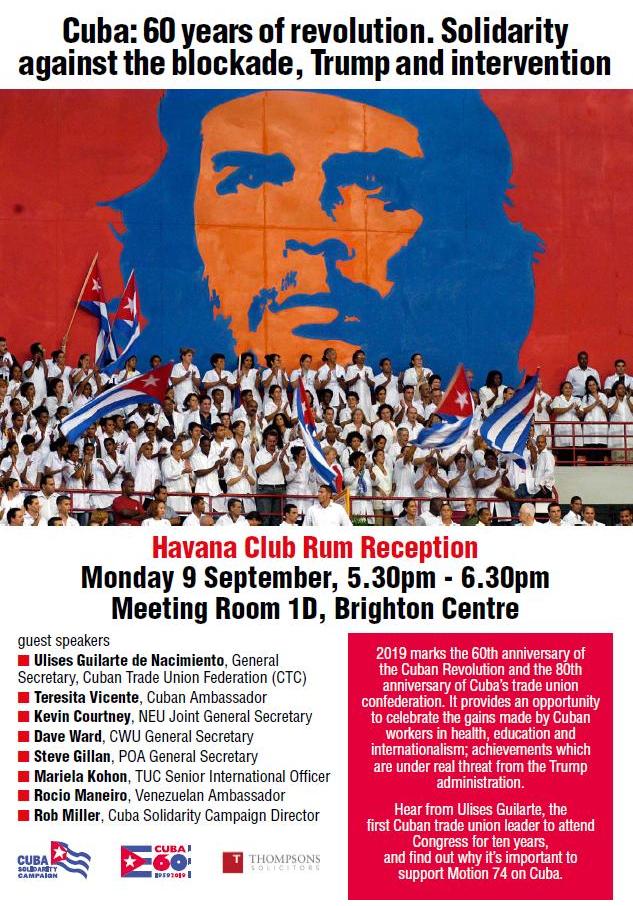 Cuba: 60 Years of Revolution. Solidarity against the blockade, Trump and intervention

2019 marks the 60th anniversary of the Cuban Revolution, an opportunity to celebrate the gains made by the Cuban people in health, education, social welfare and internationalism.

Their achievements are under very real threat from the Trump administration, which has ratcheted up sanctions to unprecedented levels with the express intention of increasing suffering and trying to stave the Cuban people into revolt.

Come and hear from Ulises Guilarte, Cuban trade union leader and find out why it’s important to support the Cuba motion at Congress this year.