The economic slowdown has been reversed 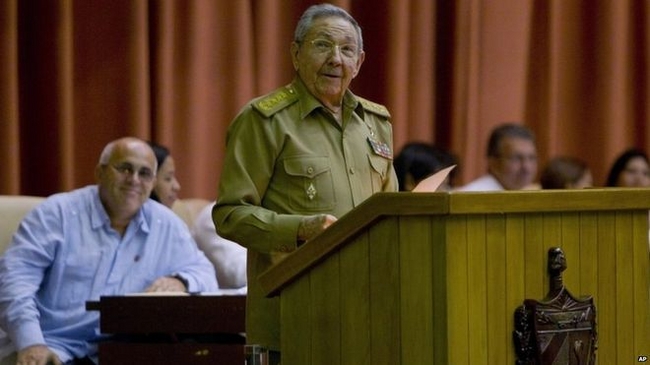 President Raúl Castro noted that GDP was up 4.7% by the end of June, at the close of the plenary session of the National Assembly of People’s Power

On closing the Fifth Ordinary Session of the Eighth Legislature, Raúl confirmed that GDP had grown 4.7 percent up until June 30, and it is estimated that it will remain around this figure at the close of this year. “This is very good, considering that last year we only grew by one percent,” he noted.

The Cuban President stressed that they must work hard to achieve GDP growth of four percent and called on all to do so in a disciplined manner, especially in the economic sphere.

He added that during 2015 the severe external financial constraints on the country continued and highlighted that systematic payments to foreign creditors and suppliers have continued, promoting the credibility of the national economy internationally, despite the fact that the United States’ economic, commercial and financial blockade against Cuba remains in full force.

Monetary and financial stability have been maintained and inflation contained at between three and five percent, as planned, although we do not ignore the concerns of the population regarding the high prices of agricultural products which have risen more than the average wage, he said.

Raúl called for the rational use of water and warned that at the end of June reservoirs had only accumulated 38 percent of total capacity and today are at just 36.1%, as reported by the President of the Institute of Hydraulic Resources, Inés María Chapman, who noted that the worst scenario is faced in the east of the country, in Ciego de Ávila, Sancti Spíritus and Pinar del Río.

Regarding social programs for the Cuban population, the President informed that during 2015 certain programs were maintained and perfected and highlighted the case of the epidemiological situation in the country, which has improved substantially.

During 2015 the theoretical conceptualisation of Socialism in Cuba has been worked on, he told the 544 deputies present at Havana’s Convention Center, and recalled that this is an important task because since the triumph of the Revolution it had been a neglected area.

He announced that they are also working on the guidelines and strategic sectors that will make up the economic development program until 2030, ahead of the 7th Party Congress scheduled for April 2016.

Raúl spoke of the important role of the socialist state enterprise as a key figure in the economy and the adjustment measures concerning its operation, as well as for the creation of pay systems based on results.

A transformation in the planning process has been implemented, in line with the perfecting of the enterprise system, which has allowed for policies related to the Economic and Social Policy Guidelines of the Party and the Revolution to the incorporated into the Economic Plan, he noted.

He assured that progress is ongoing in the implementation of measures aimed at monetary unification, an extremely complex process that it is essential to economic efficiency.

He reiterated the proposals on guaranteeing bank deposits in foreign currencies, in Cuban convertible pesos (CUC) and in Cuban pesos (CUP), as well as the cash held by the public and national and foreign incorporated entities.

Raúl affirmed that the experimental process of creating new non-agricultural cooperatives continues apace, together with the consolidation and monitoring of those already in existence, to avoid repeating any problems already identified.

He recalled that just over half a million Cubans are self-employed in various sectors, a figure that is gradually rising.

We will continue this process of the transformation of society, which we have sovereignly decided upon, with the aim of building a prosperous and sustainable socialism, the Cuban President remarked.

Raúl referred to the intense international activity during the first half of the year, marked by the Third Summit of the Community of Latin American and Caribbean States, held in January, in which the firm call for an end to the economic, commercial and financial blockade imposed by the U.S. on Cuba was expressed.

According to the President, those States participating in the 15th African Union Summit also issued the same demand.

He stated that the 7th Summit of the Americas, in which Cuba participated for the first time in over half a century, also became a space for the region to reiterate its rejection of the blockade.

He recalled that within this framework, he met with the President of the United States, where he ratified the unwavering position of Cuba’s foreign policy principles.

At another point in his speech, Raúl reiterated the solidarity with the Bolivarian Revolution of Venezuela and its government, led by Nicolás Maduro, against attempts at destabilisation and any act of foreign interference.

He also denounced the destabilising campaigns against the government of President Rafael Correa and the Citizens’ Revolution, in Ecuador.