Letter from Raúl to medical personnel who fought Ebola in Africa 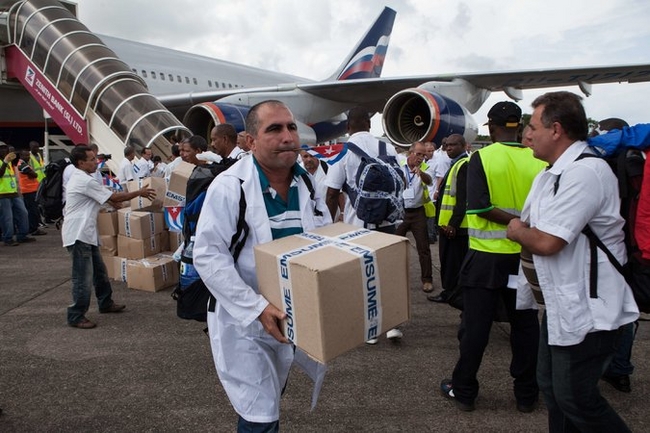 Army General Raúl Castro Ruz, first secretary of the Central Committee of the Communist Party of Cuba and President of the Councils of State and Ministers, recognised the altruism and bravery of the Cuban medical personnel serving in Africa

After having fulfilled the honourable mission which took you to West Africa six months ago, even at the risk of your own lives, to combat the Ebola outbreak which devastated the continent, you returned to the homeland which received you with the utmost pride.

In my name and that of the Cuban people, I convey to you acknowledgement of the heroic work you undertook as part of the “Henry Reeve” International Contingent.

You represent the continuation of the personal altruism and selflessness which has characterised the island’s medical cooperation since it began in 1963, with the sending of the first brigade to Algeria under the leadership of then Minister of Public Health, com­pañero José Ramón Ma­chado Ventura. Over all these years, 158 countries have been able to count on the solidarity work of 325,710 Cuban collaborators.

Today, our medicine is present in 68 nations with more than 50,000 health professionals, a reality which encapsulates the true values cultivated by the Revolution. The assistance offered by each one of the collaborators of the army of white coats stands as an enduring paradigm.

You have achieved important results in providing medical care to those affected by the Ebola epidemic, with more than 400 lives saved and a average death rate of 24.4%, a demonstration of your level of training, devotion and commitment to your work, aspects which have been recognised by the governments themselves and international organisations.

Accept once again our congratulations and a strong embrace,