Jeb Bush Says He Would ‘Probably’ Close a U.S. Embassy in Cuba if Elected 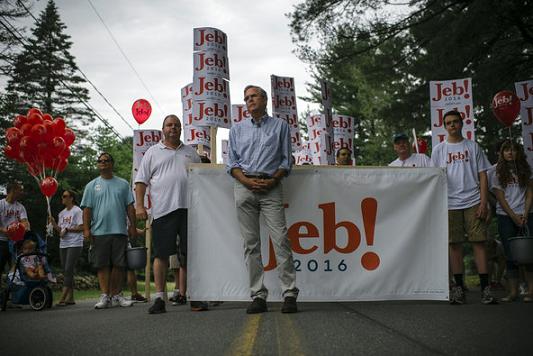 Mr. Bush, the former governor of Florida and a Republican presidential candidate, has made it clear that he disapproves of normalising relations with Cuba

Jeb Bush is not happy that the United States is planning to open an embassy in Cuba, and he suggested on Wednesday that if he became president it might not remain open for long.

In an interview with the editorial board of The Union Leader in Manchester, N.H., Mr. Bush was asked if he would keep the embassy up and running if he were elected.

“Probably not,” he said, adding that he would need to give the issue more thought.

Mr. Bush, the former governor of Florida and a Republican presidential candidate, has made it clear that he disapproves of normalising relations with Cuba and repeated on Wednesday that it was a “tragedy” to be negotiating with the country without getting anything in return.

“We’re basically legitimizing a regime that controls its economy and represses its people,” Mr. Bush said, warning against weakening the American embargo against Cuba.

Senator Marco Rubio of Florida, another Republican seeking the party’s presidential nomination, has also been critical of President Obama’s plan to make amends with Cuba. He said the Castro government has so far failed to offer greater political freedom or budge on the release of American fugitives being harbored in the country.

“I intend to oppose the confirmation of an ambassador to Cuba until these issues are addressed,” Mr. Rubio said in a statement last week. “It is time for our unilateral concessions to this odious regime to end.”