Elián González: “The youth aren’t the future, they’re the present” 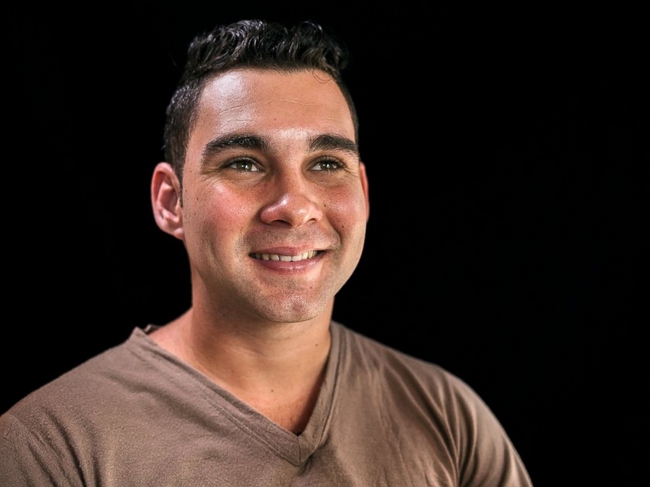 15 years ago this week, Elián González returned to Cuba

The return of little Elián González to the homeland 15 years ago, represented a victory for the Cuban people and their Battle of Ideas. The Granma spoke to the young Elián, industrial engineering student at the Camilo Cienfuegos University of Matanzas.

THE airplane that brought Elián González back to the homeland touched down on June 28, 15 years ago. Since then the little boy – now a young university student – has remained in the Cuban people’s memory, because for them, for us, he is the son for whom our flags waved and hearts beat; for whom we cried when he was all alone in the middle of the sea where he saw his mother disappear, for whom we felt that hurt when we raised our arms and called for his return to the homeland, where his father and family were suffering the pain of a process which was keeping the young boy away from them. Elián became an essential part of the warm-hearted Cuban homeland, and he knows it.

15 years after he descended the steps of that airplane, after that loving look converted the pain and trauma into endless joy, Elián has become a member of the Matanzas 55th Anniversary of the Committees for the Defense of the Revolution (CDR) Party, who invited to participate in the flag-baring ceremony which took place in the capital, agreed to answer some questions, revealing himself to be a down-to-earth and humble, deep and mature young man.

What do you like to do most in your free time?

- I do the same as all other young people. Simply, you have to be a young person of these times, know how to have fun, share, play sports, but also be linked to the efforts of the Revolution, don’t lose the essence of the importance of the youth to carry forward the development of the country.

“In my case I like to study, and in my free time I go out with my brothers, my friends. I enjoy swimming and I like baseball, what young Cuban doesn’t like baseball?”

- No, I’m not really a fan of football, but I do watch it and enjoy it. Just like any other young person, I watch TV series and films. It’s true that a lot of their content promotes the consumerist values of a capitalist society, but the most important thing is to watch them with a critical conscience, not “get taken in” by them. Maybe our media doesn’t offer the best choice, or have the best production, but we know that to our news stations, in their essence, in their content, is where we must turn in order to find out what is happening in the world.

“I also like to listen to music. And although I listen to a bit of everything, I really enjoy a genre which isn’t very popular among the youth, but which I appreciate and enjoy when I hear it, and that’s repentismo. In the visits I have made as part of the flag presentation ceremonies to the youth parties for the 55th anniversary of the CDRs, I have been accompanied by this genre of music and am happy to see how the youth spontaneously applaud in response. It is a genre that is genuinely Cuban, typical of our culture and traditions, we must revive it. It’s amazing to see how it can move so many people.

“I read Fidel, I really enjoy reading Fidel. He likes to give me books, he sends me one whenever he can and for me its like getting homework and you have to read it. I also enjoy reading the books by our former agents, because this also forms part of our history.”

You have been invited to participate in the 10th Young Communist League Congress taking place July 18-19. What is the greatest challenge facing Cuban youth today?

- To become stronger. To say that the youth is lost is a mistake. Young people aren’t the future they’re the present. Sometimes people say the youth haven’t done anything for the Revolution. But Cuba’s youth today is the same as that of 15 years ago, pioneros (elementary school students) at that time, who stood at the anti-imperialist tribunal and instinctively denounced and demanded the empire return a small boy they didn’t even know. So, we can’t keep saying that the youth hasn’t done its bit, because it has. Many of those who went to fight Ebola in West Africa - demonstrating the greatness of Cuba - were also young people.

“The Congress is coming at a difficult time, when it’s essential to rethink strategies, because although Obama has made it clear that U.S. policy has failed thus far, their intentions remain the same. Therefore we, with our own ideals and objectives, must also change ours.

”This is the ideal space to reorganise that strategy and strengthen our organisation, so that young people have the chance to express their criticisms and opinions about how to develop in the face of adversities and how to carry on the work of the historic generation of the Revolution. We have quality young people, not only those going to the Congress, but also those who have participated over these days in the 55th CDR anniversary celebrations. A young person from every CDR was selected and later one from each one of the zones and municipalities in Cuba will be chosen.

”I will attend this event, and will be proud to talk personally with each of the delegates.”

How would you like to see the future of Cuba in a few years?

- I would be very disappointed if Cuba loses its essence, loses everything the Revolution - led by Fidel and Raúl - has achieved. It would mean reversing all the advances, everything that has been achieved, like the spaces women now occupy. I hope Cuba develops, and I believe we are going down the right path. I think it’s important to continue contributing even more to the country’s economic development.

“Sometimes we young people think that if we stop being a socialist country, and give way to capitalism, we will become a developed country like the United States, France, Italy…But it must be understood that if Cuba stops being socialist, it won’t be like the U.S., it would be a colony, it would be Haiti, a poor country, a lot poorer than it is now, and everything that has been achieved would be lost. It is true that we could have accomplished more, but we can never forget the most important historic question: we have been a country besieged by a blockade.

What are your future plans?

- I am currently in my fourth year studying industrial engineering at the Camilo Cienfuegos University of Matanzas, and am hoping to serve in the Revolutionary Armed Forces once I graduate.

“I have a lot to thank the world, my father, the Comandante and my family for, and when I say my family I mean the Cuban people in general. My life in Cuba I owe to this people, and it is for them that I will always work, struggle, to whom I owe all my respect. 15 years after I returned, I realise that the Cuban people still consider me as part of their family, and this is my debt, to try to repay that love.”