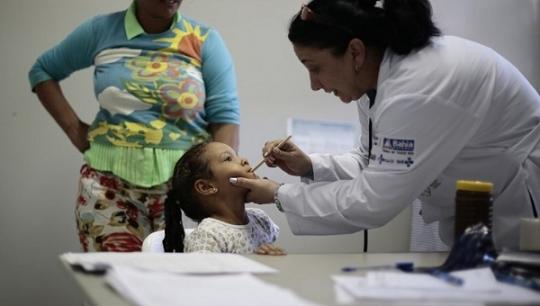 "The results of clinical tests have been good," the head of the Department of Infectious Diseases of CNIC told Prensa Latina during an international scientific congress, in session at the Havana Convention Center.

It is an oral vaccine that is administered in a single-dose, sodium bicarbonate-buffered solution, said the expert after giving a lecture on the topic.

The new product has a softened living microorganism as active ingredient, which makes easier its entry into the gastrointestinal tract to generate a protective immune response against cholera, said the doctor.

"The future vaccine will contribute above all to fight cholera epidemics in poor countries," he said.

Fando added that the vaccine is set to pass phase three of clinical tests soon, which is the longest, most difficult stage.

And larger facilities are needed, as the ones we have now can only produce some 50,000 doses a year, and we are working on an investment at the Finlay Institute in order to be able to make up to 250,000 doses a year.

The 16th International Congress of CNIC is being attended by some 300 researchers from over 60 Cuban institutions and some 250 experts from more than 30 nations.