US Blockade Costs Cuba US$833 Billion in Five Decades 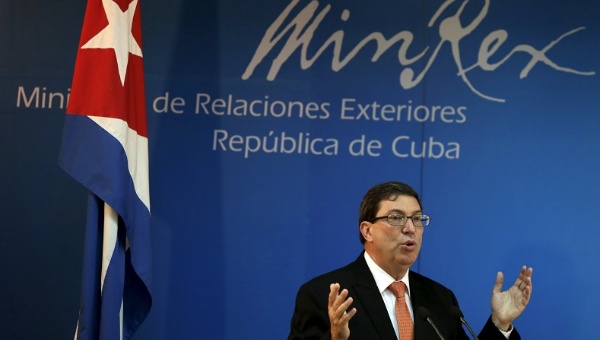 The blockade imposed on Cuba by the United States has impacted the country's economy to the tune of US$833.7 billion in five decades, the Cuban Foreign Minister Bruno Rodriguez announced in a press conference Wednesday.

“A claim by the international community to lift the blockade is indispensable,” said Rodriguez.

The Cuban Foreign Minister announced that the country would once again present a resolution before the General Assembly of the United Nations, calling on the United States to lift its blockade on the Caribbean country.

In last year's vote, the U.N. generally assembly voted overwhelmingly in favor of ending the blockade with 188 countries voting in favor of the resolution and only the United States and Israel voting against it.

Rodriguez added that this year's resolution would differ slightly from those presented in previous years and would place greater emphasis on the alleged violation of international law and calls on the U.N. General Secretary to prepare and present a report on the implementation of the resolution by the United States government.

This year's debate at the United Nations will take place in the context of the reestablishment of diplomatic relations between Cuba and the United States. The debate and vote is expected to take place on October 27.

Rodriguez said that the resolution would also recognize U.S. President Barack Obama's support for the end of the blockade.

"Seventy-seven percent of the Cuban population was born and has lived under the cruel effects of the blockade, the humanitarian impact and damage is extreme and cannot be measured (only) in numbers," said Rodriguez.

The Cuban foreign minister mentioned examples of the consequences of the blockade on Cuba, including the impacts on its financial transactions throughout the world, and the difficulty Cuban hospitals face in accessing the necessary supplies to provide adequate cancer treatment.

Rodriguez said that the blockade had failed in its objective to isolate Cuba.

Rodriguez added that Cuban President Raul Castro would travel to U.N. headquarters in New York alongside Pope Francis, who will visit the United States after a visit to Cuba.