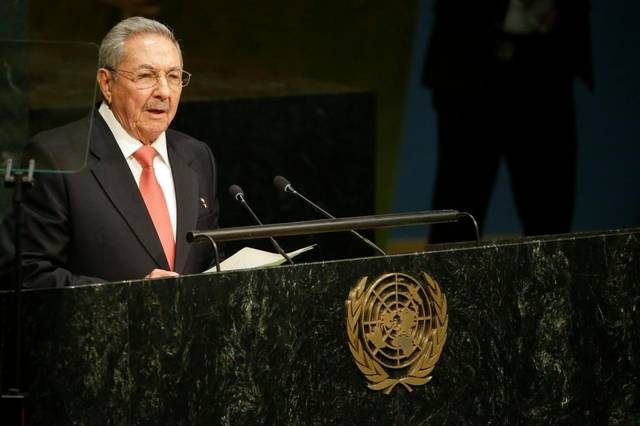 The Cuban President Raul Castro addressed Saturday the United Nations Sustainable Development Summit and reiterated his government's demand that the U.S. blockade against the Cuban people be ended.

The Cuban head of state said that the reestablishment of relations between Cuba and the United States, opening of embassies and the policy changes announced by Obama constituted “major progress,” but added that the decades-long blockade against his country continued despite the breakthrough in relations.

Castro also said that the wealthier countries needed to acknowledge their responsibilities as the gap between the “north and the south widens.”

“Industrialized countries need to accept their historic debt to the world … We need to eliminate the monopoly over technology,” the Cuban president told the gathering head of states.

A number of obstacles stand in the way of fully normalizing relations with Cuba, including the U.S.’s 55-year-old trade blockade on the island nation and the occupation of Guantanamo Bay by United States military, which is using the base as a prison.

Barack Obama and Raul Castro spoke over the phone last week after the U.S. president acted unilaterally to chip away at the blockade by easing certain restrictions on business and travel.

According to Capitol Hill news website, U.S. officials are reportedly weighing whether to accept a U.N. resolution condemning the blockade, which would be unprecedented.