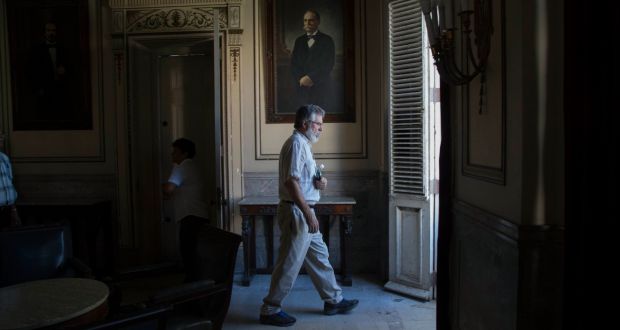 The people of Cuba have been vindicated by the recent change in US policy towards the island, Sinn Féin president Gerry Adams has said on a visit to Havana.

Mr Adams met Cuban vice-president Salvador Antonio Valdés Mesa, other ministers and National Assembly leaders during his four-day visit. He also spoke at a memorial to the 1981 republican hunger strikes, which he described as “an epic story of unselfishness, courage and generosity versus self-interest, intransigence and imperialism”.

He said the same spirit was visible in Cuba, and claimed its people had been “vindicated” by the recent rapprochement with the US, which recently re-opened its embassy in Havana. “While that [change] will present many challenges, such challenges are part of revolutionary struggle,” he said.

The Sinn Féin leader praised Cuban president Raul Castro and his US counterpart Barack Obama for their work in improving relations between the two countries. He also commended Pope Francis for his work in encouraging the two sides to talk.

“These developments are creating a new positive dynamic in the relationships of these neighbours and a beacon of hope and reconciliation in difficult times,” he said.

Mr Adams called for an end to the US embargo of Cuba, which has been in place for five decades and came at “enormous” economic, cultural and human cost to the people of Cuba.

“The interests of Latin America and especially of Cuba and the USA are best served by an end to the embargo and the creation of a new relationship based on mutual respect and equality,” he said.