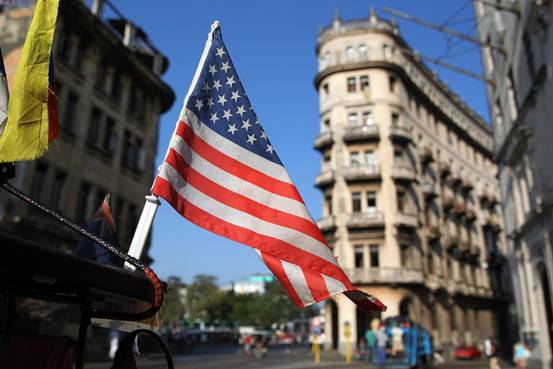 WASHINGTON—A group of heavy-hitting political operatives are setting up a new campaign to press Congress to repeal the long-standing trade and travel embargo with Cuba.

Engage Cuba, a new nonprofit advocacy group launching next month, will lobby Congress to repeal the ban against doing business in or traveling to the island nation, a vestige of the Cold War in place since the 1960s. To assist in that effort, the group has retained some veteran political operatives from both parties with deep ties to the congressional leadership and business interests.

Steven Law, a former official with the U.S. Chamber of Commerce and current president of the American Crossroads super PAC, will serve as senior adviser to the group. Mr. Law will remain in his position at American Crossroads, a group that spends millions backing Republican candidates and causes.

He will be joined Luke Albee, a veteran Democratic operative with decades of Capitol Hill experience. Luis Miranda, the former White House director of Hispanic media and an aide to President Barack Obama, helped conceive of the group.

The group has also retained two top Republican lobbyists with the firm Fierce Government Relations. Former George W. Bush aideKirsten Chadwick will manage much of the lobbying in the House of Representatives. Billy Piper, a former top aide to Sen. Mitch McConnell, will manage the Senate lobbying.

Engage Cuba, which will represent major business groups and nongovernmental organizations, will formally launch in May with the goal of opening the Cuban economy to more American businesses and tourism. The group says they already have financial commitments from business groups and nongovernmental organizations. The National Foreign Trade Council, which represents major corporations and lobbies for expanded international trade, said they would sign up as a member. Other members will be announced at the official launch next month.

Mr. Obama announced in December a historic rapprochement with Havana, re-establishing diplomatic ties and allowing more travel to Cuba for the first time in a half century. This week, the president took another step toward normalizing relations by announcing that his administration would remove Cuba from the list of state sponsors of terrorism.

Many American businesses see the island as a huge potential business opportunity. A group representing agricultural interests has already formed to press for normal trade relations, while telecom and tech companies have started exploring the Cuban market under some exemptions to the embargo announced by Mr. Obama in December. The short-term rental site Airbnb announced this month that it would allow listings in Cuba.

Eliminating the full embargo will require a vote from Congress. Though some members from both sides of the aisle have expressed support for repeal, many Republicans argue the thawed relations won’t lead to more openness or democracy on the island.

James Williams, a consultant who will serve as president of Engage Cuba, said that the embargo represented a failed policy that hasn’t resulted in either regime change or more democratization.

“Has isolation for 54 years advanced any of our goals? The answer is clearly no,” said Mr. Williams.