Nicola Seyd: A true and committed friend of Cuba 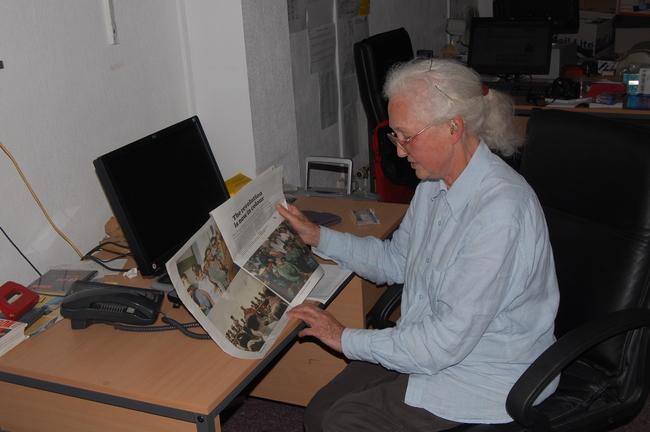 On behalf of the Cuba Solidarity Campaign in the UK we would like to offer our deepest sympathy to Nicola’s family, colleagues and friends.

We are all deeply saddened by this loss. Nicola had been a long term member and supporter of the Cuba Solidarity Campaign for many, many years.

Nicola first went to Cuba in 1961 where she participated in one of the first international solidarity brigades in the very first months after the revolution. During the brigade Nicola met with Ernesto ‘Che’ Guevara. She took a series of photos of Che including a small number which were rediscovered in 2009 where they were published for the first time in the Guardian, the BBC and in El Pais as the ‘earliest colour photos of Che Guevara’. In the same year Nicola met with Che’s daughter, Aleida Guevara, and presented her with copies of the photos. Nicola then donated the copyright for the photos to the Cuba Solidarity Campaign.

Nicola never erred from showing her support for the people of Cuba. Her enthusiasm for celebrating their achievements and her ongoing commitment to the struggle against the US Blockade and for Cuba’s sovereignty, helped us all in our efforts to develop and strengthen the bonds of friendship and international solidarity between the people of the UK and Cuba.

Nicola worked with the Cuba Solidarity Campaign in her activities coordinating the Socialist Film Coop where she showed many films about Cuba. She was an ever present supporter at CSC events and activities such as the Latin America Conferences, CSC AGMs and vigils for the Miami Five.

Nicola has left a lasting legacy that will continue to inspire many of us in our efforts on behalf of the just cause that is Cuba. The finest tribute we can pay to Nicola is to live up to her deep sense of commitment to solidarity and social justice.

We in Britain and in Cuba, have lost a true and committed friend.