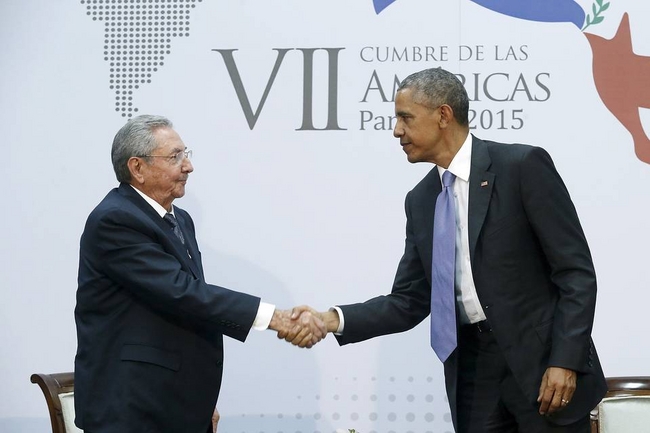 The United States will continue the process of normalizing relations with Cuba in 2016, President Barack Obama said on Thursday.

President Barack Obama on Thursday said the United States and Cuba continue to have differences, but called U.S. lawmakers to pursue the normalization of relations in 2016.

"We are advancing our shared interests and working together on complex issues that for too long defined—and divided—us," Obama said. He added that the United States and Cuba continue to have differences, but called on U.S. lawmakers to pursue the normalisation of relations in 2016.

The president’s comments come on the anniversary of the administration’s announcement that it would restore relations with Havana.

"Change does not happen overnight, and normalisation will be a long journey. The last 12 months, however, are a reminder of the progress we can make when we set the course toward a better future,” Obama stated.

While both sides say significant progress has been made over the past year, the Cuban government says normal ties will be impossible unless the United States meets four conditions: leave the Guantanamo Bay detention camp; end the blockade; end the “wet-foot-dry-foot” policy encouraging Cubans to pursue residency in the U.S.; and end anti-government radio and television transmissions on the island.

The lifting of the half-century blockade would represent a historic moment for Cubans, 77 percent of whom were born under the harsh economic conditions resulting from it.