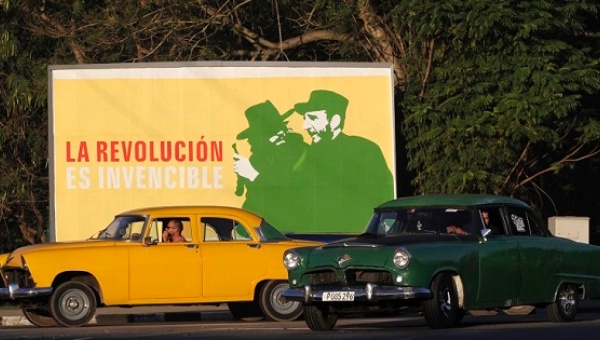 The United States government could potentially spend up to US$30 million on “democracy development” programs in Cuba in 2016, according to bills waiting for approval at U.S. Congress.

Two draft bills related to U.S. State Department’s budget for foreign spending were approved by the Appropriation Committees of both the House of Representatives and the Senate.

The draft bill approved by the House Committee on Appropriations states that the National Endowment for Democracy, or NED, the State Department and the Agency for International Development would share US$30 million in Cuba democracy funds.

Of the funds appropriated by this Act under the heading ‘Economic Support Fund, “$30,000,000 shall be made available to promote democracy and strengthen civil society in Cuba,” the draft bill said. It was approved by the House’s committee in June 2015.

It added that such funds could not be used “for business promotion, economic reform, entrepreneurship, or any other assistance that is not democracy-building.”

Meanwhile, the draft bill approved by the Senate Committee on Appropriations said that US$20 million should be used for Cuba democracy programs, including up to $5 million for "private Cuban entrepreneurs." This draft was approved by the committee in July last year.

Neither bills have been approved by any of the corresponding government bodies yet.

Over the years, programs such as the NED or the United States Agency for International Development (USAID) have received mounting criticism over meddling in other nations political spheres in order to promote U.S. interests, unlike their claim of promoting democracy and aid.

Both programs are funded by the U.S. congress.

Republican Congressman Ron Paul, who ran for the U.S. presidency twice, has argued against such programs. In 2005, he stated that NED has "very little to do with democracy. It is an organisation that uses U.S. tax money to actually subvert democracy, by showering funding on favored political parties or movements overseas.”

The NED has been banned in various countries over meddling claims.