The magic of a good rum 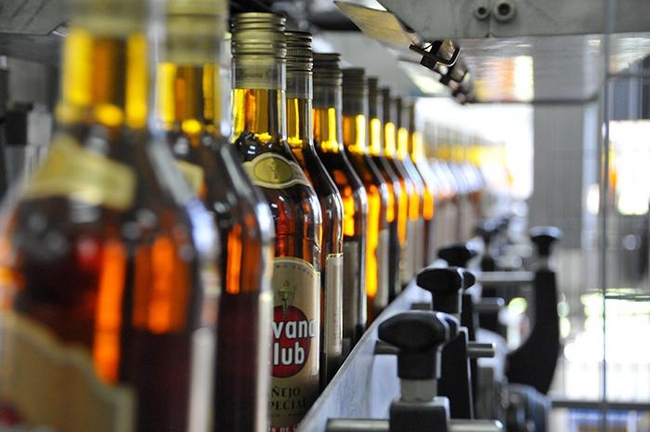 Havana Club’s winning formula lies in its tradition of producing rums using the same aging technology used for over 150 years, as well as the combination of temperature, humidity and natural environment, a process led by experienced individuals committed to making a quality product.

According to Master Rum-Maker, Asbel Morales Lorenzom, the first step is to create a quality base liquor from a specific type of raising agent found in sugar cane molasses used for alcohol fermentation and the subsequent distillation process.

The chemical engineer is responsible for creating original lines for the Havana Club International joint enterprise, between state entity Cuba Ron S.A and French group Pernod Ricard. The factory is based in the municipality of

San José de las Lajas in the province of Mayabeque, some 40km east of Havana.

The rum expert describes the distillation area as the heart and soul of the factory, designed by Cuban maestros, produced with French technology and constructed by national workers. “These metal towers guard a great secret, protected under confidential clauses,” he stated.

A specific process in undertaken to create the liquor base, which is later mixed with other aged bases to create spirits which are smooth on the palate, with impressive colors, smells and tastes.

The final product is obtained after the base is repeatedly mixed with water and other alcohols, in an aging process facilitated by the tropical climate, and over two years in American white oak barrels, brought over from Scotland and Ireland, used two or three times, possibly more, to make exclusive whiskeys.

According to the expert, the rum transcends the boundaries of the Caribbean island, due fundamentally to its natural aging process, remaining faithful to traditional production techniques, the knowledge of the maestros and foreign technology.
“Today we are working on the chemical processes of future products which will be bottled in five, seven, 15 years or more. They may be rums we never see, produced by the next generation of maestros. We are creating the conditions today to guarantee the products of tomorrow,” stated Asbel Morales Lorenzo.

The plant (inaugurated January 9, 2007) ensured that in 2014 joint enterprise Havana Club International sold over four million cases of nine liters, primarily to Germany, France, Britain, Italy and Chile, although the domestic market continues to be its largest.

Julián Machín León, financial director of Havana Club International, reported that the entity should end the year with sales worth over 112 million Cuban Convertible Pesos (CUC) from exports and 45 million CUC from the national market, in addition to growing international prestige, which have seen the company win 55 medals (32 gold) over the last four years.

“These results are down to the high quality and reputation of the product in the domestic and foreign market, effective promotion campaigns, and innovative lines (a new product is launched every year), a socially responsible entity and a committed team,” stated the director.

The company’s social responsibility is focused on preventing the harmful effects of excessive drinking, for which they have launched the ¡Tú decides! (You decide!) campaign, aiming to reduce underage drinking and directed toward secondary and pre-university students.

He commented on investment works scheduled to be carried out around the site over the next four years, in order to expand the plant, which include a distillery, aging and mixing units and a bottling plant using modern French technology capable of processing 30,000 liters of rum a day.

“The investment plans include the construction of storage and production areas where the aging technology which has always accompanied the Cuban rum will be located,” Leymat explained, also noting that “every year we receive a visit from international inspectors who assess our production conditions and the fulfillment of safety measures.”

According to the Frenchman, working alongside Cubans for 20 years is the fulfillment of his dream of continuing the revolutionary ideas of Ernesto Che Guevara and Fidel Castro. He expressed his love for the Cuban people and highlighted the island’s highly skilled workforce as the greatest strength for investment in productive spheres. “Having a highly skilled workforce allows us to introduce changes and new features in a fantastic way,” he states.

Víctor Manuel More Enrique works as a packing operator on the bottling production line and his highest aspiration is to learn to use all the machines. “This bottling plant possesses state-of-the-art technology, everyday we learn how to use it and make the process more efficient.”

His role consists of ensuring a continuous packaging process, supplying the necessary materials, revising the quality of each bottle, classifying and weighing every box, as well as keeping the workspace clean and tidy and maintaining every piece of equipment in good condition.
The machine operators are provided with appropriate work attire and protective equipment such as earplugs for the noise, a protective back brace, boots and gloves, and are also health and safety trained in order to prevent accidents.

“We know not to consume alcohol during the workday. Our professional culture teaches us regarding the appropriate moment to drink alcohol. I belong to a tasting group. We taste-test the product looking to identify levels of acidity or sweetness, but we only drink small sips.”

The authentically Cuban Havana Club, a Mecca of assorted aged and mixed rums, is today one of the island’s fastest growing brands, whose magic the people that produce it can attest to.

Choose Havana Club, boycott Bacardi! Bacardi is neither produced nor consumed in Cuba.