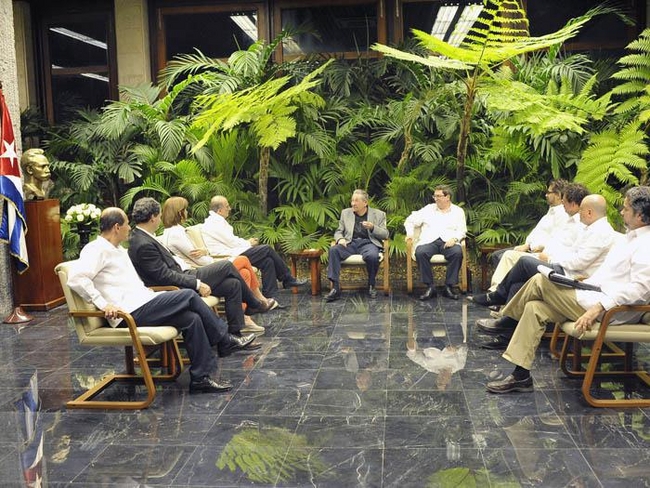 Progress in the talks was discussed in a constructive environment, and the interest of both parties in continuing to advance toward an agreement, within the shortest time possible, was reaffirmed, to put an end to the 50-year conflict and establish a lasting peace in Colombia.

Both delegations expressed their gratitude to Raúl for Cuba’s contribution as a guarantor and site of the talks.

The FARC-EP was represented by commanders and Secretariat members Iván Márquez, head of the peace talks delegation, and members Pastor Alape and Carlos Antonio Lozada.