EU responds to CSC on its relations with Cuba 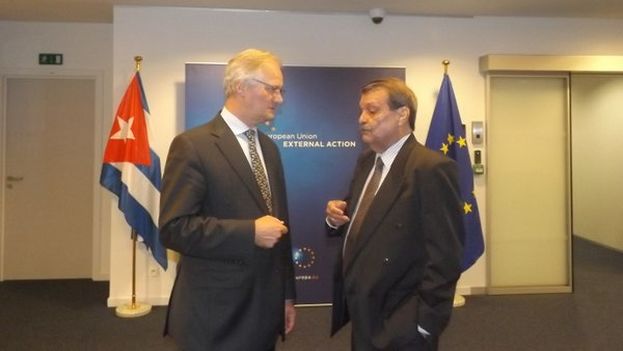 Christian Leffler, Head of the European Union External Action Service, has responded to a letter from CSC and a number of other European Solidarity Groups on the question of the EUs position towards Cuba. The protest letter called for the EU to end the EU Common Position towards the island which has been a block on better relations since its adoption in 1996.

In the letter Leffler sets out the possibilities for progress on better relations under a so called bilateral ‘Political Dialogue and Cooperation Agreement’ which begun in February 2014. He makes clear that such a framework should enable better cooperation. However he also makes clear that the EU expects such a framework ‘to promote EU values and interests’. Leffler reiterates that the Common Position can only be ended by a ‘unanimous decision’ by EU Member States.

“While we welcome the discussions between EU and Cuba we must reiterate that the EU should immediately stop its efforts trying to interfere in Cuba’s sovereign affairs. The EU must break with its outdated cold war approach to the island and end its ongoing Common Position which operates as an EU shadow to the United States blockade policies. It really is time for the European Union to stop dragging its feet on developing better relations with Cuba.”

You can read the letter in full here.