Gerardo Hernandez: “They want to destroy the Cuban Revolution with a bear hug" 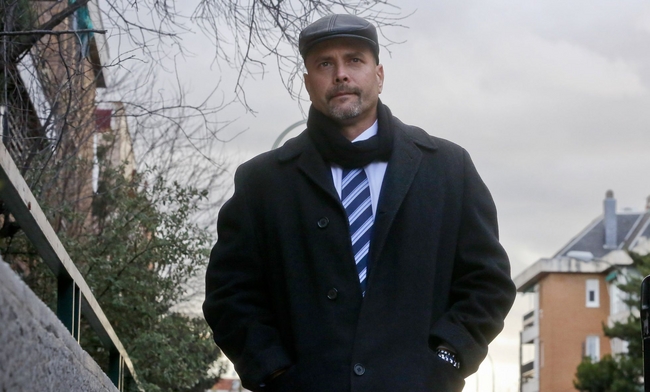 Considered the operational leader of the network of five Cuban agents arrested in 1998 Gerardo Hernandez proclaims himself a revolutionary with the same convictions of 20 years ago.

“They want to destroy us with their bear hug.” Gerardo Hernandez, 50, a militant since he was 15, is not one more member of the Communist Party of Cuba (PCC). Nor are the intentions he attributes to the United States merely rhetorical.

Considered the operational leader of the network of five Cuban agents arrested in 1998 by the FBI –each one decorated in the island with the title of Hero of the Republic– and released under the bi-national relaxation announced on December 17, 2014, Hernandez has access to Raul Castro and the top echelon of the party. He proclaims himself a revolutionary with the convictions that nearly 20 years ago led him to accept a dangerous mission: to infiltrate the most violent anti-Castro groups in Florida and report on their activities.

His release after 16 years in prison was the main demand of the Cuban regime to open the process towards diplomatic normalisation. Hernandez’s case was the most complex and his sentence –passed by a federal court– the hardest: two life sentences on charges of espionage, conspiracy to commit murder and document forgery. A few days ago he travelled to Spain to thank the solidarity of supporters and to visit Gran Canaria, where his mother, who died in 2009, was born. Hernandez believes that the new US policy: tourist, diplomatic, commercial, cultural and sports exchanges, resemble a “bear hug” because its aim is to undermine the system from within.

“We have reasons for being very cautious. The US has always seen my country as its backyard and there are powerful interests that now see an opportunity to achieve what they’ve been unable to achieve by other means for half a century,” he said during an interview at the Cuban Embassy in Madrid.

”Many people want a real approach but influential congressmen and the Administration itself have not given up their intentions toward Cuba. And the goal has alwaysbeen to destroy the revolution. They are betting on doing so now with a bear hug.” Hernandez’s biography shows no ideological fissures: he was a distinguished member in the Union of Young Communists (UJC), participated in 54 combat missions in Angola (1989), and in the mid-nineties he headed the so-called Wasp spy network in the US.

Contrary to those who suspect that there are still undisclosed commitments, he maintains that the negotiations between the US and Cuba began without preconditions or intractable issues, without the Cuban government agreeing to promote political openings in the island in exchange for the lifting of sanctions. “I do not know what they have in mind, but I assure you that this process was begun on the basis that discussions would be conducted as equals, without preconditions, with respect and sovereignty.” In January 2015 his only daughter was born, conceived at a distance, from prison, because his wife was banned from visiting him. Assisted reproduction was authorised during the secret talks prior to the official announcement in 2014.

The former intelligence officer distrusts Washington.”There are allocations, large sums of money, public or not,earmarked for subversion in Cuba; but whatever changes that are to occur will do so by the will and the wish of the Cubans.” He does not believe in multi-party systems because he says it goes against”our own history. Marti spoke of the party of the Cuban nation. I have no crystal ball to predict the future and the changes and consensus that may exist in our population.Circumstances change, as does our own reality, but now the vast majority of Cubans want our system to remain socialist.” Following is the interview with this unshakable revolutionary.

Question. Can you quantify the social support of the revolution?

Answer. I could not tell if in 1970 it had 90% and now it´s 77%. I do not think anyone has the figures, but you can rest assured that without the backing of the majority of the people the revolution could never endure.

Q. So you would have to consult the people to confirm that majority, right?

A. It´s already been done. One of the processes of popular consultation was to discuss the guidelines (documents of the 6th Congress of the Party, 2011) Millions of opinions were collected on where the people want Cuba to go and what modifications should be made.

Q. Is it possible to incorporate the political participation of sectors outside the party?

A. Our electoral system provides for that possibility. There are cases of unaffiliated persons that have been proposed at community level. Not being a party member is not a limitation.

Q. But people inhibit themselves because they believe that there is nothing to do.

A. It would be illogical for a government that waged a war to win the revolution to encourage its own opposition.

Q. You propose to improve Socialism? What socialism are you referring to?

A. I insist that it has to bear the the name of Cuban because we already made the mistake of copying from other places and that didn’t work out well. It has to incorporate any mechanism
as long as it benefits the majority and has the support of the majority

Q. And the means of production owned by the state?

A. Our revolution has no plans to privatise them. That would go against the fundamental principles of socialism.

Q. Also social inequalities caused by the privatisation of services go against socialism. Do they not?

A. There are risks involved. The important thing is to give people equal opportunities. Blind egalitarianism leads nowhere. If a man makes money with his work without exploiting anyone, let it be welcome.

Q It seems that the Cuban youth live outside ideology.

A. They [the US] rely on the generational change of our historical leadership: that young Cubans have a different mentality, and do not have the same commitment to the revolution. It is their aspiration. And we must prepare ourselves for that."