Study Confirms that US Introduced Dengue Fever in Cuba in 1981

Based on an article from Prensa Latina | Thursday, 4 February 2016 | Click here for original article 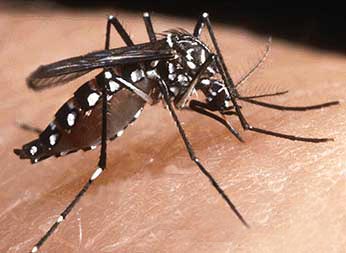 New scientific research from Cuba has confirmed that the 1981 Dengue fever outbreak in the country was deliberately introduced by the United States.

Cuba has always maintained that the Dengue epidemic which caused 158 deaths, including 101 children, was was caused by the US. In an article in Cuban magazine Bohemia this month, Dr Rosmari Rodríguez, an award-winning researcher at the Pedro Kouri Tropical Medicine Institute (IPK), Havana, sets out findings of many years of research into the 1981 epidemic.

Cuban scientists had already found evidence that the strain of dengue which broke out in 1981 was similar to that produced when the fever was first isolated in laboratory conditions in 1944.

Modern technology aquired by Cuba in 2008 enabled scientists to text frozen sttrains of the 1981 virus which also confirmed the same strains broke out simultaneously at three points in the country: Eastern, Central, and West Cuba and was spread by mosquitoes.
You can read the full article in Spanish here and an English translation here.