Revealed: The secret international blacklist that can lock you out of your bank account 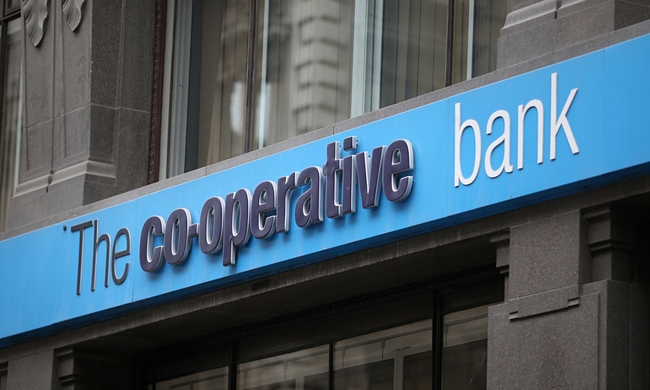 Liberal Democrats, Bank of England advisers and Cuba fans have all found themselves locked out of financial services we take for granted. Here's why

He’s the founder of an anti-extremism organisation. He’s advised prime ministers on the best way to counter radical Islam.

He also stood for election as a Liberal Democrat.

So imagine Maajid Nawaz’s surprise when he discovered he was marked down on an international blacklist as a “terrorist” .

Once your name is marked on the World-Check database, used by banks across the world, it can be extremely hard to open a bank account.

In other words, a decision made behind closed doors can affect your ability to make normal financial transactions, run a charity or just pay your bills on time.

“I am not so worried about myself. I have a public reputation for doing the work I do, whether it is advising Tony Blair, David Cameron or President Bush.

“But there are people in a much more vulnerable position than me.”

Banished from your bank account
When he was much younger, Maajid was a member of an Islamist group - but not one that advocated violence.

He has never been accused nor convicted of belonging to a terrorist organisation, and has very publicly rejected his earlier political beliefs. He now heads the counter-extremism think tank Quilliam.

And he’s not alone.

When Vice News first uncovered Maajid on the database , it was alongside the name of a former Bank of England adviser.

Groups such as the Cuba Solidarity Campaign, which have no links to Islamism, have also found themselves barred from banks.

And Mirror Money spoke to one man who had banked with HSBC for 30 years, before it closed the account of his organisation, plus the accounts of his family.

But disappearing bank accounts are also the result of at least two other trends. The Co-op - a popular bank for charities - is clamping down. And complex conflicts in the Middle East have made bankers wary of entire countries.

The Co-op crackdown
More than 20 not-for-profit organisations have had their bank accounts shut in recent months.

The Palestine Solidarity Campaign (PSC) campaigns for peace and justice for Palestinians. It has banked with the Co-op for 10 years and has many regional branches across the UK.

But just before Christmas, the Co-op shut all of its accounts.

PSC deputy director Tricia Rich said: “The statement the Co-op has made is hugely damaging reputationally.

“It suggests we have failed the due diligence tests without telling us what they are.”

The Palestine Solidarity Campaign describes itself as campaigning for peace and justice “in support of international law and human rights”.

But in a letter to the Palestine Solidarity Campaign seen by Mirror Money , the Co-op says: “For customers who operate in, or send money to, high risk locations throughout the world, advanced due diligence checks are required by all banks.

It added: “The decision to close a number of accounts, including the PSC and some of its affiliates, is an inevitable result of this process.

“Unfortunately, after quite extensive research, the charities involved did not meet our requirements or, in our view, allow us to fulfil our obligations.”

With war raging in Syria and Israel-Palestine tensions at a high, it is perhaps unsurprising that organisations with a connection to the Middle East are under the spotlight.

But the Cuba Solidarity Campaign, which aims to build bridges between Britain and Cuba, has no such connection.

Havana, Cuba - also high risk?
Director Rob Miller believes the ban is a result of banking policies imported from the US.

He said: “The Co-op Bank has finally admitted that the closure of the Cuba Solidarity Campaign's bank accounts is a direct result of the United States Blockade policies against Cuba.

“The fact that such an historic and proudly independent British institution, renowned for its ethical banking, has been forced to adopt US-imposed policies is an affront to us all.”

Disappearing personal accounts
The Co-op has been shutting the bank accounts over the winter, but it is not the only bank to take this sort of action.

The Cordoba Foundation describes itself as a think tank promoting dialogue between Islam and the West. It has nevertheless been criticised by David Cameron for supposed links to the Islamist political party, the Muslim Brotherhood.

HSBC shut down its bank account in July 2014. But it also shut down the personal accounts of chief executive Dr Anas Altikriti, his wife, and two sons.

Altikriti, who had banked with HSBC for 30 years, described it as “a blanket shutdown of the whole family”.

A BBC investigation uncovered Altikriti’s name on the World-Check database .

He told Mirror Money : “I have been classed as a politically-exposed person, which I still don’t understand. No one has explained what can I do to alter my situation.”

Syrians in the UK have lost their bank accounts
One Syrian refugee told Mirror Money : “I believe that the way HSBC treated me and many other Syrian customers was racist. They based their decision solely on the fact these accounts belonged to people whose original residence was based in Syria.

“They closed my bank accounts without giving me the chance to clarify that I do not have any ties with anyone from neither the Syrian Government nor its opposition sides.

“At the time I was just a student at the University of Nottingham. I had held a bank account with HSBC for more than three years with a clean record.”

What the banks say
Banks have to comply with strict rules regarding money-laundering and preventing the funding of terrorism.

Many check customer accounts against the World-Check database, and regularly conduct their own due diligence tests.

The banks and World-Check refuse to discuss individual cases.

World-Check told us it collects “publicly available information from reputable sources” as well as financial crime data and regulatory changes.

The Co-op Bank said it remains “a committed supporter of charities” and its decision to shut the accounts was not a statement about the causes its former clients supported.

But it said the bank had to move in line with industry policy on risk, especially regarding checks on customers operating in “high risk” locations.

It said: “Unfortunately, after quite extensive research, the charities involved did not meet our requirements or, in our view, allow us to fulfil our obligations.”

Regarding the Palestine Solidarity Campaign, it added: "This does not mean that we cannot or will not facilitate humanitarian, educational, medical and human rights donations to the Gaza region.”

HSBC said: "Although we can't always be specific about why we decide to close an account, a decision of this kind is not taken lightly and never due to a customer's race or religion."

What to do if you're locked out
If your bank contacts you with concerns, you can request a copy of the data World-Check has on you by contacting the database here .

Your bank may have additional rules in place, so make sure you get as much information from them as possible.