Infographic: What President Obama can - and cannot - do to change the blockade against Cuba 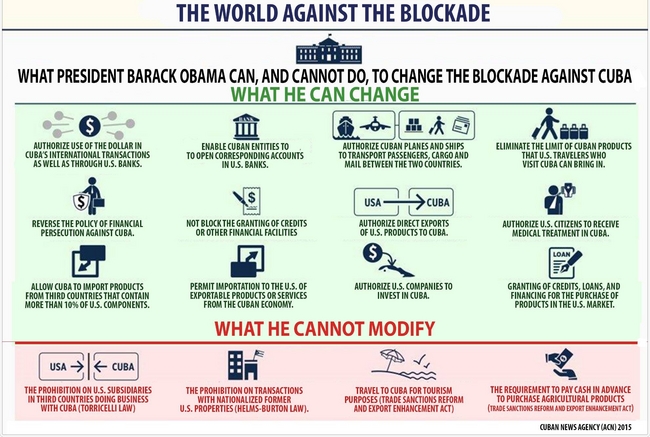 Despite the re-establishment of diplomatic relations between the US and Cuba, the blockade remains in place. This ACN infographic lays out what President Obama can do with his executive powers to change the blockade and what has to be done by Congress.

The CSC website has up to date information and articles on the blockade, from its history, to the latest developments, inclduing:

U.S. blockade remains in effect provides a summary of what has been achieved since the re-establishment of diplmoatic relations, what the President can do, and what Congress can do, to end the blockade

U.S. President can modify blockade of Cuba lays out the areas in which Obama can do more to help end the blockade