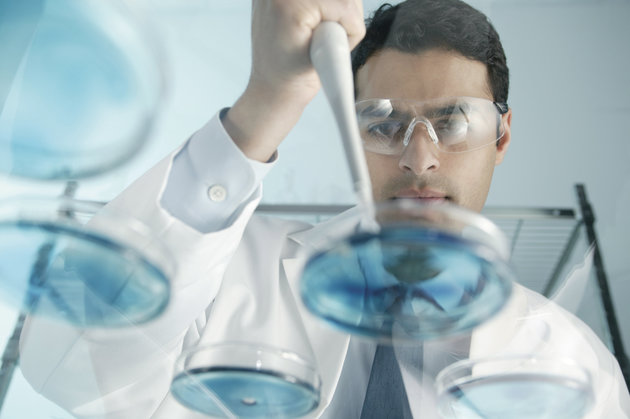 A US-written article by Anna Almendrala in the Huffington Post

By most measures, the United States' business-friendly environment has proven to be fertile for medical innovation. Compared to other countries, America has filed the most patents in the life sciences, is conducting most of the world's clinical trials and has published the most biomedical research.

That's what makes the medical prominence of Cuba all the more surprising to those who view a free market as an essential driver of scientific discovery. Cuba is very poor, and yet the country has some of the healthiest, most long-lived residents in the world -- as well as a medical invention or two that could run circles around U.S. therapies, thanks to government investment in scientific research and a preventive public health approach that views medical care as a birthright.

The island nation, hemmed in by a 54-year trade embargo with the U.S., can’t exchange goods with one of the world’s largest economies and the largest medical market. Still, the country is an unlikely global leader in public health and scientific investment.

"If people knew about these cutting-edge treatments coming out of Cuba, people would want to have them," said Pierre LaRamée, executive director of the Oakland-based Medical Education Cooperation with Cuba, which advocates for Cuban medical inventions in the U.S. and publishes an international, peer-reviewed journal focusing on Cuban health and medicine.

"All of these arcane rules and restrictions related to the embargo that are designed to block commerce with Cuba are keeping Americans from having access to these treatment opportunities," LaRamée said.

The White House is continuing to lift trade restrictions between the U.S. and Cuba. The most promising change yet came Tuesday, when the Obama administration announced that American dollars will now be usable in financial transactions in Cuba. The administration is also easing travel restrictions, allowing individuals to visit Cuba for "people to people" educational tours, whereas before Americans were only allowed to make such trips as part of a tour group.

However, most transactions between Cuba and the U.S. are still prohibited, which is why Cuban drugs face additional regulatory hurdles for testing and marketing compared to other drugs developed overseas. The Treasury Department's Office of Foreign Assets Control has authorized the importation of some Cuban medicines in the past, but only enough to conduct research and clinical trials, according to a spokeswoman for the Treasury.

Perhaps the most well-known Cuban innovation is the vaccine CimaVax. Invented by researchers at the Center of Molecular Immunology (CIM) in Havana, CimaVax targets a growth factor in cancer cells in a way that can arrest the spread of the disease. It can be used as both a treatment for lung cancer patients and a preventive measure for people at high risk of the disease.

A reported 5,000 patients worldwide have been treated with CimaVax. It has no known side effects, and the shot costs the Cuban government $1 to make.

The New York-based Roswell Park Cancer Institute is evaluating CimaVax for use in the U.S. It's also trying to get clinical trials underway to replicate Cuban scientists’ findings, per U.S. Food and Drug Administration regulations.

More Americans die from lung cancer than from any other type of cancer, which is why many people are eager for CimaVax to hit the U.S. market soon.

Here are three additional medical innovations that the U.S. could benefit from if relations between the U.S. and Cuba continue to thaw.

Cancer is not one disease, but a collection of hundreds of different illnesses. This makes finding one "cure" difficult, if not impossible. But over the years, scientists have developed a variety of different treatments that can transform cancer into a chronic, survivable condition.

About 1.7 million Americans will be diagnosed with cancer this year, and about 600,000 are expected to die of it.

In addition to CimaVax, Roswell Park is also investigating Racotumomab and VSSP -- two more promising cancer drugs invented by CIM. Racotumomab targets a molecule that scientists believe is found on all cancer cells, which means the drug could one day be effective against blood cancers as well as the solid tumors that accompany diseases like lung, breast, prostate and colon cancer. VSSP, originally designed as a compound to help boost the immune response to vaccines, also appears to enhance the anti-cancer immune response.

Racotumomab is in phase two and three trials in Cuba (these clinical trial stages assess effectiveness, side effects and adverse reactions), while VSSP is in early clinical trials. The VSSP research is so preliminary that Cuban scientists' documents still have to be translated from Spanish into English, says Dr. Kelvin Lee, chair of Roswell Park's department of immunology.

These drugs aren't as fully developed as CimaVax, says Lee, but they appear to have great potential. Roswell Park is preparing for a clinical trial to test Racotumomab in multiple myeloma, and it's prepping VSSP for three trials -- two in kidney cancer and one in breast cancer.

2. A treatment for diabetic foot ulcers

When uncontrolled diabetes causes nerve and blood vessel damage in a person’s foot, it can lead to one of the most debilitating complications of the disease: the development of foot ulcers -- deep, red sores that can penetrate to the bone. These ulcers can become vulnerable to gangrene (tissue death), and in a worst-case scenario can result in toe, foot or leg amputations.

About 73,000 U.S. adults with diabetes had their lower limbs amputated in 2010, according to the American Diabetes Association. Multiple studies of different populations of people who have had their lower limbs amputated show that the procedure is linked to an increased risk of early death, suggesting either that surgery is a trauma many people don't survive, or that people who submit to this kind of amputation are some of the most vulnerable and at-risk patients in care.

Since 2006, Cuba has had a drug for foot ulcers called Heberprot-P that prevents the need for amputations. Invented by scientists at the Center for Genetic Engineering and Biotechnology in Havana, the treatment, which its creators describe as an “epidermal growth factor,” is injected near the affected area and can accelerate the skin's healing process, closing a wound safely over the course of about three months. By 2013, Heberprot-P had been registered in 15 other countries and used to treat more than 100,000 patients.

Dr. David Armstrong, director of the Southern Arizona Limb Salvage Alliance and a professor of surgery at University of Arizona, says he’s excited about the treatment, though he emphasized that Heberprot-P would still have to go through trials in the States to demonstrate its effectiveness.

"What I want is for this to come to clinical trials in the U.S., to give it a fair shot and see whether or not it lives up to its current promise,” he said.

Armstrong also noted that besides amputation, the only treatment currently available to Americans with diabetic foot ulcers is a cream with a "black box warning," indicating that the treatment has serious or life-threatening side effects.

Surgery is the primary way to treat most head and neck tumours, but these procedures can severely affect people's ability to chew, swallow or talk.

Head and neck cancers make up approximately 3 percent of all cancers in the U.S., affecting about 52,000 Americans every year. Alcohol and tobacco use, as well as human papillomavirus, are major risk factors of the diseases.

Nimotuzumab, patented in the U.S. in 1999 by CIM scientists, is a treatment for various head and neck cancers, including squamous cell carcinoma of the head and neck (tumours that form on the mucosal surfaces of the mouth, throat and nose), glioma (brain tumours) and nasopharyngeal cancer. Monoclonal antibodies in the medicine attach to epidermal growth factor receptors on the surface of the cancer cell, thus preventing it from dividing and spreading the cancer.

Nimotuzumab has had orphan drug status in the U.S. for the treatment of glioma since 2004 and for pancreatic cancer since 2015. This designation is granted to promising drugs that are not yet licensed in the U.S. Researchers can test the drug for rare diseases in clinical trials, but it's not available to the general public. In fact, Lee said, Roswell Park is preparing for another clinical trial of Nimotuzumab in combination with an FDA-approved treatment to see how effective it will be against lung cancer.

Dr. Eric Bouffet, director of the brain tumor program at Toronto's Hospital For Sick Children, is the only investigator to date who has completed a Nimotuzumab trial in North America. He tested its efficacy in children against diffuse pontine glioma (aggressive and difficult-to-treat brain tumors) across multiple sites in Canada and the U.S., and found that the drug wasn’t effective. He published the results in 2014.

"As far as Nimotuzumab is concerned, at least in the pediatric oncology setting, there isn’t any study that has been successful enough to influence the FDA to allow it [to] be licensed or approved for pediatric use in North America," Bouffet said.

But despite early disappointment in U.S. trials, Dr. Dimitrios Colevas, a medical oncologist who specialises in new drug development for head and neck cancer at Stanford, says that Nimotuzumab may be unique compared to other cancer medicines that also target epidermal growth factor receptors, in that it doesn’t seem to have the same toxic side effects.

The drugs Cetuximab and Panitumumab, which are in the same class as Nimotuzumab but are available in the U.S., can cause unsightly and unpleasant acne-like rashes, while international reports about Nimotuzumab suggest its incidence of rash is a lot lower. Indeed, an Italian study found that Nimotuzumab, in combination with another drug and radiation treatment, appeared to induce a response with few side effects.

However, Colevas can’t know for sure if Nimotuzumab has fewer side effects than other drugs in its class, or how effective Nimotuzumab is compared to related treatments, because Bouffet’s is the only trial of the drug that has been completed in the U.S. In contrast, China has completed or is currently conducting at least 25 Nimotuzumab trials. For any other drug that wasn’t made in Cuba, Colevas said, that ratio would probably be reversed.

"This drug is not some new drug, [and] it’s been around as long as the others,” Colevas said. “Wouldn’t it have been nice if they all could have been available for testing, and we could have allowed scientific and medical reasons to drive why one or the other came to the market in a particular place, rather than political embargoes?”

As economic and diplomatic relations between the U.S. and Cuba continue to normalize, here's hoping that these promising Cuban medical treatments can be investigated fully in the U.S. Americans have been waiting long enough.