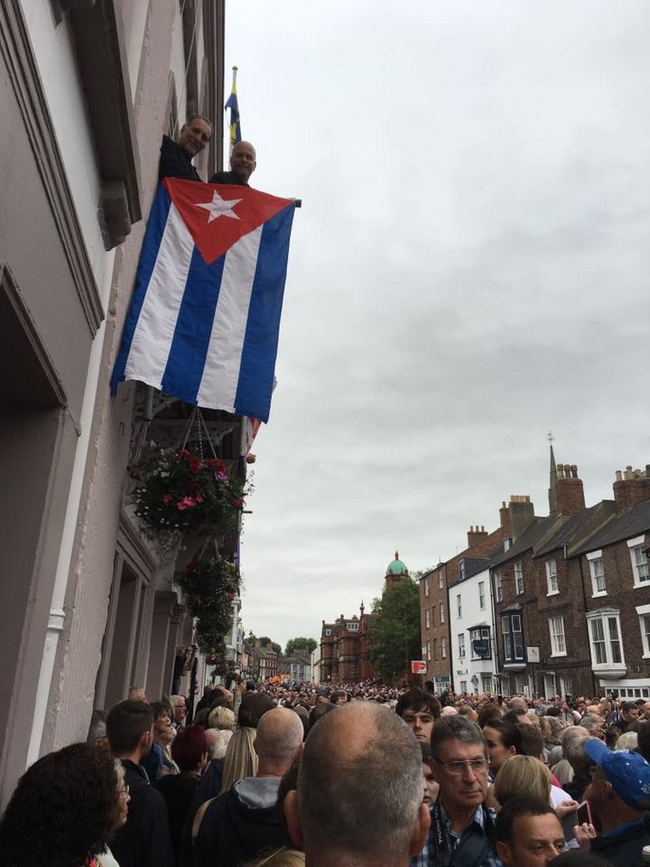 TWO of the heroic Miami Five used to get copies of the Morning Star while they were in prison, they told a packed crowd at the Durham Miners’ Gala on Saturday.

Gerardo Hernandez and Rene Gonzalez were in Durham to thank British trade unionists for their consistent campaign of support during the Five’s unjust imprisonment in the US.

The Five were jailed after exposing the activities of Miami-based Cuban exile terrorist groups responsible for murderous attacks on Cuba.

The pair told of the international solidarity they received, especially from British trade unions and campaigners, which they said had been a source of strength for them.

“We want to thank the paper and reiterate our thanks to all members of the Cuba Solidarity Campaign which maintained support for us and to the trade union movement. The solidarity we received from the people of Britain, from Father Geoff Bottoms who visited us in prison, the messages of support for people struggling to free us.”

Mr Hernandez and Mr Gonzalez are on a speaking tour of Britain, culminating at the Tolpuddle Martyrs’ Festival in Dorset on Sunday.