The fearless Haydée and Melba 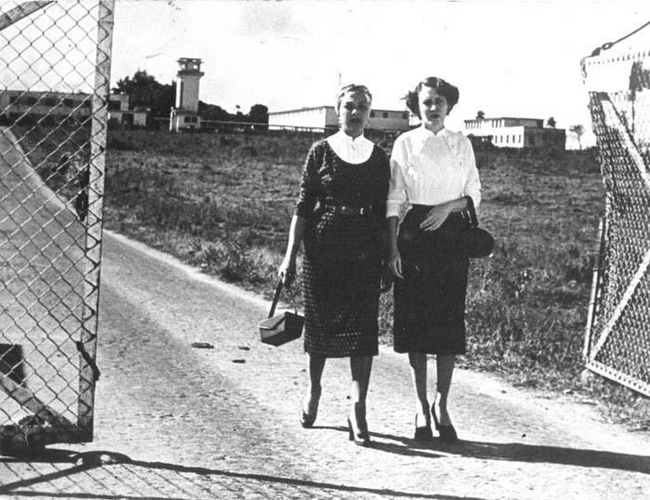 Despite the fact that almost all of their compañeros had been killed or were in prison or exile, Cuban heroines, Haydée and Melba, fearlessly took to the streets to advance the cause following the July 26 assaults on the Moncada and Carlos Manuel de Céspedes Garrisons

Melba Hernández Rodríguez and Haydée Santamaría Cuadrado participated in the July 26 assaults on the Moncada and Carlos Manuel de Céspedes Garrisons, for which they were imprisoned.

The writer and journalist Raúl Valdés Vivó used to call them the “fearless flowers”, evoking the long nights the two heroines suffered in the basement of the Moncada Garrison, listening to the screams of the tortured, the bursts of gunfire signalling the cold-blooded murder of their compañeros, surrounded by death.

Melba Hernández Rodríguez del Rey (born in Cruces, July 28, 1921) inherited her rebellious streak and the commitment to fighting injustice from her father, who had fought against the Machado dictatorship.

Controversy surrounds the date of birth of Haydée Santamaría Cuadrado. Some Cuban institutions state it as December 30, 1923, which differs from the inscription that is dated January 21 of that year. According to her mother, Joaquina Cuadrado, she was born on December 30, 1922, at 9:00a.m.

Melba met Abel Santamaría, Haydeé’s brother, at a political event organized by the Orthodox Youth in May 1952, during the Batista dictatorship. He invited her to visit his home, as the heroin later told, “To hear about the ideas of Fidel. It was that night. Fidel could not attend. I met Haydée Santamaría [...]

Following the events of July 26, the Batista tyranny incarcerated the two heroines at the Guanajay women's prison. The most terrible thing there, as one of them summed up years later, was the stillness.

Released on February 20, 1954, they were greeted by family and comrades gathered outside the prison. “And now what?” asked a reporter. “Start again, we owe it to our dead brothers and sisters,” they replied.

Once released, the two women became symbols of hope. Despite the fact that almost all of their compañeros had been killed or were in prison or exile, they fearlessly took to the streets to advance the revolutionary cause.

Little by little, they collected enough money to print over 10,000 copies of History Will Absolve Me, which were distributed throughout Cuba in a rented car. They continued the struggle until Fidel and his compañeros were released from prison on the Isle of Pines.

Both were among the founders of the July 26 Movement. Haydée participated in the uprising of November 30, 1956, and as a member of the National Leadership of the Movement, she coordinated the trips by journalists such as Herbert Matthews to the Sierra Maestra, whose interviews with Fidel countered the tyranny’s propaganda.

On the orders of Fidel, Haydée went into exile as a delegate of the July 26 Movement abroad, to rally together the revolutionary exiles.

Melba, in turn, participated in the preparations for the Granma expedition and then joined the forces of the Mario Muñoz Third Front, under the command of Juan Almeida.

Following the triumph of the Revolution, Haydée assumed leadership of the Casa de las Américas, a center that hosted the most important intellectuals, artists and troubadours of the continent, including the singer-songwriters of the Nueva Trova Cubana movement.

Melba meanwhile, undertook responsibilities in the Cuban Committee for Solidarity with Vietnam, Cambodia and Laos; in the Organization of Solidarity with the Peoples of Asia, Africa and Latin America (OSPAAAL); served as Cuban Ambassador in Vietnam and Kampuchea, and director of the Center for Studies on Asia and Oceania

Haydée passed away on July 28, 1980. For years, Melba avoided answering direct questions about her friend; she preferred to talk about the two of them in the Moncada assualt, in the revolutionary struggle. In the 1990s, when a young UJC member asked her about Haydée during a meeting of the organization’s Cadre School, Melba revealed: “Yeyé... Yeyé is like a hurricane,” and offered up a wealth of anecdotes, always speaking in the present tense.

Melba died on March 9, 2014. Someone once asked me how I would like remember them. I replied, on their release from the Guanajay prison, a moment that I could not witness myself for obvious reasons, but has been recreated by eyewitnesses and photos.

As they once told a reporter, Melba and Haydée’s only motivation during that time was the commitment to continue the struggle until Fidel and his compañeros were released. And once Fidel got out, the struggle was reinvigorated and continued to be the essence of their lives.