Cuba is Winning the War on Zika 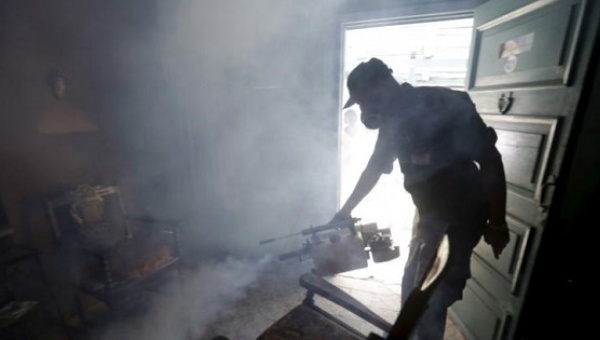 Cuba’s campaign against the Zika virus has been successful in preventing a major spread of the mosquito borne disease thanks to a comprehensive spraying program, Cuban officials say.

So far, just three people have caught Zika in the country and only 30 people have been found to have contracted the virus outside of Cuba. The government-led campaign is built on prevention and includes mosquito spraying, monitoring and quarantines across the whole country.

Since the first case on the island emerged in March, the government has deployed 9,000 soldiers to carry out a massive fumigation program. Practically all homes have been sprayed across the country.

Cuban President Raul Castro had previously declared war on the virus and officials are hailing the low number of cases as an accomplishment for the state and of Cuba’s socialist health care system.

While other countries have seen a spread in Zika cases, experts have said that the world can learn from Cuba’s preventative approach. Florida officials announced on Friday that they had detected the first cases of mosquitoes carrying the virus.

In the U.S., around 1,600 people have been infected with Zika through travel. In Latin America, 45 countries and territories in the have confirmed the circulation of Zika.

An international meeting on Zika said the virus still posed a significant risk around the world and that governments and health authorities need to develop adequate prevention measures, the World Health Organization said in a statement on Friday

Zika has been known to cause birth defects in babies and has been linked to microcephaly, which causes newborns to have abnormally small heads and developmental limitations. The virus has also been linked to the Guillan-Barre syndrome, which causes the body’s immune system to attack its nervous system.