What normalisation of relations are we talking about? 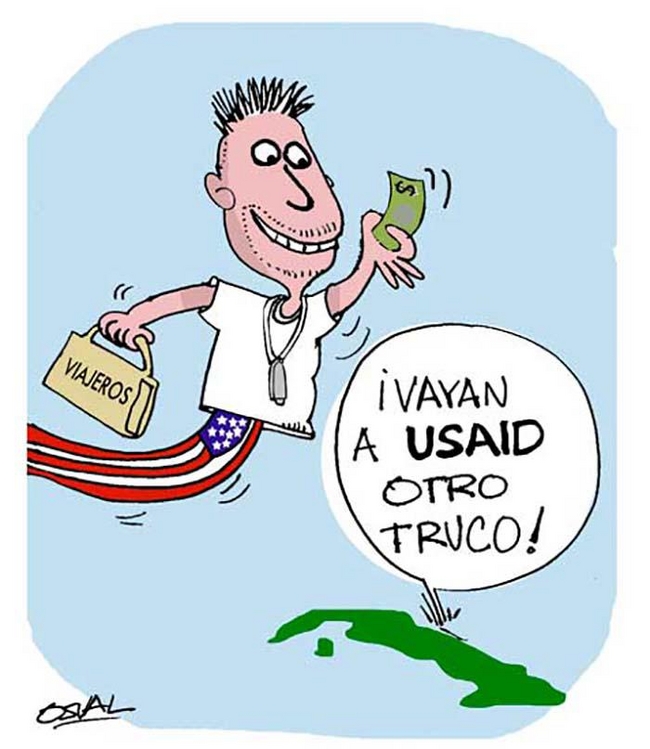 On repeated occasions and in diverse spaces, Army General Raúl Castro Ruz, President of the Councils of State and Ministers of Cuba, has made clear the will of the revolutionary government to discuss the historic Cuba-U.S. conflict without conditions and on the basis of mutual respect for the sovereignty and self-determination of both nations.

Recently, on September 17, during his speech at the 17th Summit of the Non-Aligned Movement, on Margarita Island, Venezuela, Raúl emphatically and clearly stated: “Cuba will persevere with its demand to have the economic, commercial and financial blockade lifted, a blockade that brings so much damage and hardship to our people, and which also has a negative impact on many other countries due to its extraterritorial implementation. By the same token, Cuba will continue urging the return to our sovereignty of territory illegally occupied by the United States Naval Base in Guantánamo. There will not be normal relations before this issue is resolved, and other policies harmful to Cuba’s sovereignty still in force are terminated, such as interventionist and subversive programs.”

Perhaps we could salvage an expression from among our popular sayings that portrays the subversion and interference of the U.S. government in Cuba: ”It’s the same dog with a different collar,” i.e. you can dress it up as you like, but it’s the same old same.

Way back in 1961, on November 3 to be precise, President John F. Kennedy signed the Foreign Assistance Act, establishing through an executive order the U.S. Agency for International Development (USAID). This had as its bases or origins the Marshall Plan (1948) and the Alliance for Progress (March 1961). The objectives: to address the new political map resulting from the end of the Second World War and the triumph of the Cuban Revolution.

The Marshall Plan represented an expression of the dispute for hegemony with the socialist bloc in Eastern Europe and an instrument of containment against the danger of the expansion of communist ideas in the rest of Western Europe.

Meanwhile, the Alliance for Progress sought to promote an “Alliance of the two Americas” to develop the forces of democracy “made in the USA” and prevent the triumph of the Cuban Revolution on January 1, 1959, from extending to other countries of the continent. This second line of action swiftly failed, among other reasons due to the defeat of the mercenary invasion at Playa Girón in April 1961, the first military defeat of U.S. imperialism in Latin America.

Since its creation, USAID has boasted of helping countries to economically develop and resolve humanitarian problems. But in reality, this is one of the instruments used by the White House and U.S. intelligence services to obtain information about countries in the region and influence their domestic and foreign policy. USAID is the lead agency for direct U.S. intervention, and distributes millions of dollars in military and economic “aid” to nations in which it holds sway to protect U.S. interests.

It is disrespectful and inconsistent that a country which decides to restore, after more than 50 years, diplomatic relations with another, attempt to subvert the internal order of this other and promote regime change. What good will are we talking about? While the United States, with President Kennedy in command of the White House, gave birth to USAID to prevent the Cuban Revolution from being repeated and to annihilate it, his fellow Democrat Barack Obama commends the same agency and entrusts it with new plans to overthrow our achievements, in pursuit of the restoration of capitalism in revolutionary Cuba.

For the U.S. government, it would seem that times have not changed between 1961 and 2016. World Learning is a “nonprofit” organization, whose aim is supposedly “empowering people and strengthening institutions.” Its offices are based in Washington and Vermont. World Learning has received funding from various bodies of the United States Department of State, including USAID, to promote change in Cuba, under the auspices of section 109 of the Helms-Burton Act of 1996, which underlies the use of substantial sums of money, exceeding 139 million dollars during Barack Obama’s two terms in office.

Between July and August of this year, World Learning held its so-called Summer Program for Young Cubans. The organization sought to recruit young people aged between 16 and 18 years old undertaking high school studies, to “work them” according to its spurious interests. The program included the elaboration of a final project focused on activities to implement on returning to Cuba, which would then be closely monitored by the generous sponsors. Needless to say, they did not have the support of Cuban authorities. The four people sent from Panama to provide “the finishing touches” to the recruitment process, traveled to Cuba on tourist visas, thus violating the terms of their stay on the island, as they were warned by immigration authorities.

Can we speak of normal relations between two nations when one of these intends not only to interfere in the internal affairs of the other, but also aims to subvert the order of a sovereign country using its own youth? What normalization of relations are we talking about?

The youth of this country, those of this 2016, the result of a Revolution that has one of its most altruistic values in education, know very well what we are talking about, and who they are facing.