The ongoing US blockade, the principal obstacle to the development of Cuba 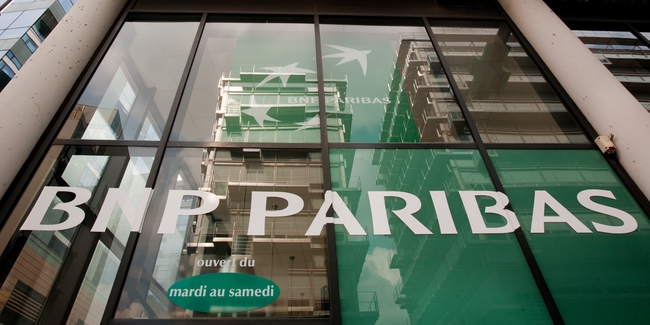 French bank BNP Paribas was sentenced to a record fine of 8.9 billion dollars for maintaining, among others, financial relations with Cuba.

Despite the establishment of a historic dialogue with Havana on December 17, 2014, and regardless of the official visit of President Barack Obama to the island in March 2016, Washington continues to apply economic sanctions against the Cuban population, sparking the incomprehension of the international community. Established in 1960, during the Cold War, the sanctions - an economic, commercial and financial blockade of the country - persist more than half a century later, cause major difficulties for the Cuban economy and inflict unnecessary suffering on the most vulnerable sectors of the population. Their high cost and extraterritorial reach prompt unanimous rejection by the international community.

However, the resolution of this asymmetrical conflict depends on the executive branch of the U.S. government, which has the necessary prerogatives to dismantle much of the framework of the sanctions imposed on the island.

THE COST OF ECONOMIC SANCTIONS

On September 13, 2016, Barack Obama again renewed for another year the Trading with the Enemy Act, a law dating from 1917 used for the first time by President John F. Kennedy in 1962, to impose full economic sanctions on Cuba, extending the state of siege against the island. This law, extended each year by the nine U.S. presidents in power since, only applies against Havana.

Once again the impact of the sanctions has been dramatic for the Cuban economy and society. In one year, from April 2015 to March 2016, they cost the island $4.68 billion dollars according to Cuban Foreign Minister Bruno Rodríguez. In the annual report on the economic sanctions, Cuban authorities estimated the damages caused nationwide. Three sectors were particularly affected. Firstly exports, as Cuba can not sell goods or services to the United States. Next, the increased costs of seeking alternative markets that are geographically distant from the island.

And finally the financial impact, as Cuba is still unable to use the dollar in its international transactions, despite statements by President Obama on the removal of this restriction. “There is no element of our lives where the impact is not felt,” Bruno Rodríguez concluded. In total, at current prices the economic sanctions have cost Cuba more than $125 billion dollars since their implementation in the 1960s.

Other vital sectors such as health are affected by the economic sanctions. To cite just one example, Cuba can not acquire deep brain stimulation systems, produced exclusively by U.S. firm Medtronic, used to treat neurological diseases.

Hundreds of Cuban patients with Parkinson’s disease, who could enjoy a better quality of life with this treatment, are deprived of it because of a political dispute that has seen Washington opposed to Havana for over half a century.

THE EXTRATERRITORIAL REACH OF SANCTIONS

Despite the historic rapprochement from December 2014, several international organizations have been heavily sanctioned since then for undertaking financial transactions with Cuba, perfectly legal according to international law. Thus, in May 2015, the French bank BNP Paribas was sentenced to a record fine of $8.9 billion dollars for maintaining, among others, financial relations with Cuba. In October 2015 another French bank, CréditAgricole, had to pay a fine of $1.116 billion dollars for the same reason. We should remember that BNP Paribas and CréditAgricole did not violate any French law and scrupulously respected European and international law.

Washington imposed its sanctions against Cuba on an extraterritorial basis, that is, illegally. Other financial institutions were also heavily sanctioned. German bank Commerzbank had to pay a fine of $1.710 billion dollars and put an end to all relations with Cuba. The U.S. executive took all these decisions.

However, President Obama has launched several calls on Congress to put an end to the anachronistic, cruel and inefficient economic, commercial and financial blockade. He has repeatedly expressed his opposition to the continuation of retaliatory economic measures which, as well as seriously affecting the welfare of Cubans, have isolated the United States on the international stage.

During his visit to Cuba he admitted that: “What the United States was doing was not working. We have to have the courage to acknowledge that truth. A policy of isolation designed for the Cold War made little sense in the 21st century. The embargo was only hurting the Cuban people instead of helping them (…) It is an outdated burden on the Cuban people.” The international community, in favour of the peaceful resolution of this conflict, applauded these words.

However, the constructive rhetoric of Barack Obama has not been supported by tangible facts, despite his prerogatives as head of the executive branch. It is true that the U.S. president re-established political dialogue with Cuba in December 2014, expanded the number of categories under which U.S. citizens are authorized to travel to the island in January 2015, withdrew Cuba from the list of state sponsors of terrorism in May 2015, re-established diplomatic ties with the reopening of embassies in Washington and Havana in July 2015, authorized the export of goods and services in the field of telecommunications in March 2016 (only to the non-state sector) and facilitated the resumption of maritime passenger transport between the two countries in May 2016 and commercial flights in August 2016.

Nevertheless, beyond these positive, but very limited steps, the U.S. president has all the necessary room for manoeuvre to dismantle almost the entire framework of the sanctions imposed since 1960, without requiring authorization from Congress.

Barack Obama could authorize Cuban companies to open bank accounts in the U.S. to facilitate trade and financial transactions. He could also end the financial persecution of Cuba, which many international banks have suffered. In total, the Obama administration has inflicted fines worth 14 billion dollars on various banks across the world for their relations with the Caribbean island. Similarly, the White House could allow bilateral trade between Cuban and U.S. companies (import/export). U.S. capital could also be permitted the possibility of investing in Cuba.

Finally, Obama could, for example, eliminate the restriction that prevents any ship, regardless of origin, which transports goods to Cuba, from entering a U.S. port within the following six months.
There are only four sectors that the executive branch of the U.S. government can not touch without the consent of Congress. President Obama can not authorize trade between subsidiaries of U.S. companies located abroad and Cuba (1992 Torricelli Act). Instead, he can allow trade between the parent company established in the U.S. and Cuban companies, which would in effect make irrelevant any transaction with a subsidiary established in a third country.

Likewise Barack Obama can not allow ordinary tourism by U.S. citizens to Cuba (Trade Sanctions Reform and Export Enhancement Act of 2000). Instead, he can multiply the number of categories of citizens allowed to travel to the island and expand their definition. Thus, the White House could redefine the notion of a “cultural trip” and integrate for example a simple museum visit. Thus every U.S. citizen who committed to visit a museum during their stay in Cuba could benefit from this travel category.

Without the consent of Congress, President Obama can not authorize the credit sale of food commodities (Trade Sanctions Reform and Export Enhancement Act of 2000). Instead, he can agree to the sale on credit of all non-food products, thereby significantly limiting the impact of the sanctions.

Finally, the White House can not allow transactions with former U.S. properties nationalized in 1960 (Helms-Burton Act, 1996). Nevertheless, Obama can open the way for any business involving other properties on the island.

All sectors of U.S. society are in favour of lifting the economic sanctions. The business community, through the United States Chamber of Commerce, strongly desires an end to the policy in view of the market of 11 million people just 90 miles from U.S. shores, which is welcoming other international investors.

Public opinion favours by more than 70% full normalisation of bilateral relations between both nations, as citizens can not understand why their government forbids them from travelling to Cuba for ordinary tourism purposes. Religious authorities, through the National Council of Churches, have condemned the sanctions for the suffering inflicted on the population of the island. According to a poll from September 2016, 63% of Cuban-Americans are also in favour of lifting sanctions as they know that the hostile economic measures affect their relatives on the island. Finally, it should be recalled that in 2015, for the twenty-fourth consecutive occasion, 191 of a total of 193 countries called for an end to the economic, commercial and financial blockade against the island during the annual session of the United Nations General Assembly.

Some observers believe that Cuba should respond to the gestures made by President Obama with changes of an internal order. They forget the asymmetrical nature of the conflict. Indeed, in the dispute that opposes Washington to Havana, the hostility is unilateral. Cuba does not impose economic sanctions on the United States, nor does it illegally occupy a part of its sovereign territory (Guantánamo), or openly finance internal opposition with the aim of achieving “regime change”, it does not steal human capital as does the Cuban Adjustment Act, and does not broadcast illegal transmissions to promote internal subversion, as is the case with Radio and TV Martí. Moreover, Cuba is an independent nation and under international law and since the Congress of Westphalia in 1648, which recognizes the sovereign equality of states, changes on the island are the exclusive competence of the Cuban people, the only body who can decide the island’s political system and social model.

The sanctions against Cuba are anachronistic, cruel and inefficient. They have a disastrous impact on the Cuban economy and strongly affect the wellbeing of the island’s population. Despite the constructive statements from the White House in favour of a lifting of this state of siege, no major new measures have been taken to alleviate Cubans of the economic strangulation that has lasted for over half a century and been massively condemned by the international community. Of course, no complete normalisation of relations will be possible as long as this hostile policy remains in force.

Salim Lamrani is Doctor of Iberian and Latin American Studies of the Paris Sorbonne Paris IV University, Salim Lamrani is an associate professor at the University of La Réunion and journalist specializing in Cuba – U.S. relations. His latest book is titled Cuba, ¡palabra a la defensa!published by Hondarribia, Editorial Hiru, 2016.