Stand with Cuba and vote against the US blockade

On 26 October Cuba will present a resolution at the United Nations General Assembly calling for the US to end its blockade of the island.

What you can do

1. Please share the image and message below on your social media sites:

Upload a picture ofyourself and colleagues with the message #CubaVsBlockade #YoVotoVsBloqueo and post to your facebook feeds, tag us @CubaSolidarity or send us a copy to campaigns@cuba-solidarity.org.uk

2. Vote against the blockade on the Cuban site www.cubavsbloqueo/en

The best way to support the campaign to end the US blockade of Cuba is to join the Cuba Solidarity Campaign. Join today and receive a special 15 track Cuban music CD and out magazine 4 times a year.

Find out more about the blockade 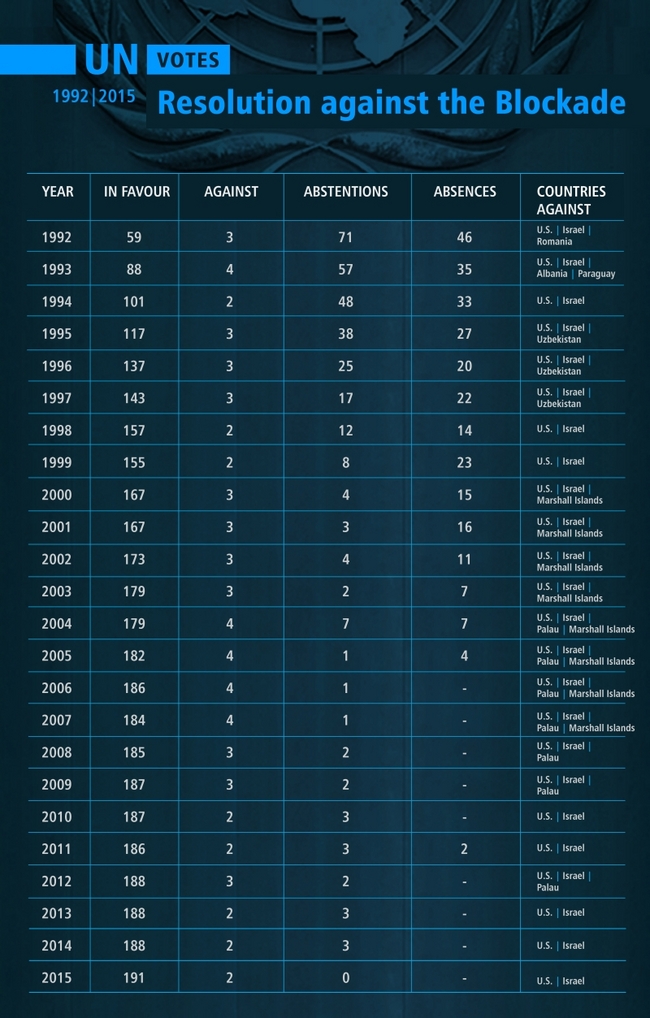