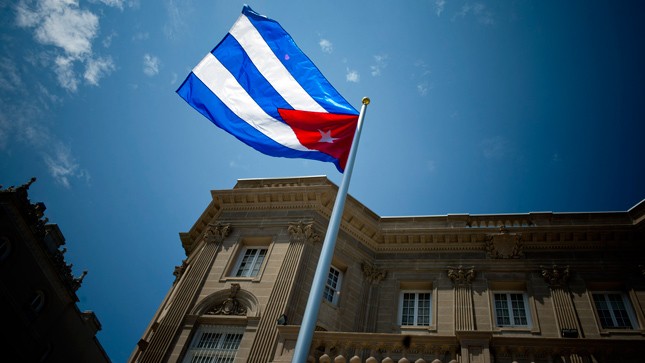 On Oct. 26, the U.S. embargo of Cuba was condemned in the United Nations by virtually every country in the world. This has become an annual ritual for the past 25 years — last year the vote was 191-2, with only Israel standing by the U.S. in opposition (this year’s vote was unique in that the United States abstained).

But it is a painful, pointless ritual. The embargo, now over 50 years old, does nothing to further U.S. interests or help the Cuban people. It serves primarily as an impediment to American businesses, which lose commercial opportunities in Cuba to foreign competitors unconstrained by the U.S. embargo. And it isolates the United States on the world stage.

To be sure, the Obama Administration commendably has been hard at work over the past few years ripping holes in the embargo. Unfortunately, this effort has resulted in a tangled mess of rules and regulations that tries the patience even of the lawyers who regularly decode sanctions regulations for businesses. Businesses are often deterred from pursuing what ought to be lawful opportunities to seek deals in Cuba, because their lawyers can rarely give them an unqualified green light in view of the complexities and uncertainties in the tattered remains of the embargo.

How can the Administration clear these deterrents? The core law undergirding the embargo states that “All of the following transactions are prohibited, except as specifically authorised by the Secretary of the Treasury . . . .” This plain language gives the Treasury Secretary the power to authorise activity that Congress has not specifically prohibited.

Since Congress has only specifically prohibited a handful of activities related to Cuba (e.g., tourist travel that does not advance any other purpose), this leaves open a wide range of activities that can be authorised. For example, the Treasury Secretary could authorise U.S. manufacturing and energy companies to begin operations in Cuba.

In the dwindling days of the President’s term, an Administration that wanted to be really bold could go even further. The President could declare that the specific congressional prohibitions, such as the ban on tourist travel to Cuba, contravene the President’s authorities unless these prohibitions are interpreted to permit presidential waivers. The President, in the exercise of his constitutional powers, should be able to waive restrictions on commerce that are inconsistent with U.S. foreign policy interests. This is a view with strong scholarly support.

Of course, no President is likely to take such a bold step if many members of Congress would be angered, particularly if the President has to work with these members on other matters. But there are diminishingly few members who would be upset by permitting tourist travel to Cuba, and President Obama does not need to work with them much longer.

Getting rid of the Cuba embargo would be a long overdue move to put the United States back into a position of principled leadership in this hemisphere and in the world. This year should be the last year our Cuba policy divides us from the rest of the world.

Stephen Heifetz is a partner and Peter Jeydel is an associate at Steptoe & Johnson, LLP, a Washington-based law firm (www.steptoe.com). This op-ed does not reflect the views of the firm or any client of the firm.