The US in Guantánamo: Washington at its worst 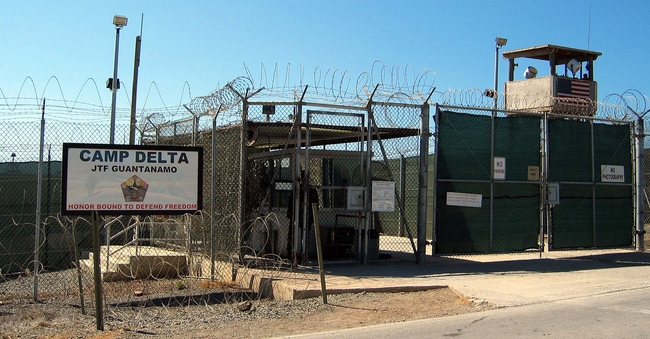 The detention centre established by the U.S. government in Cuban territory illegally occupied by the Guantánamo Naval Base, will be remembered as one of the darkest chapters in Washington’s long history of human rights violations.

Under the George W. Bush administration and its supposed war on terrorism, the facility began to receive hundreds of prisoners, detained without trial, many of whom were sent from secret U.S. prisons in other countries.

According to the terms of the contract leasing this part of Cuban territory to the U.S. which was forcibly imposed during the U.S. military occupation of the island during the early 20th century and included in the Platt Amendment, the area where the base is located is recognised as Cuban sovereign land, over which Washington has full control to carry out its operations, however, resulting in what lawyers have called a “legal black hole”. The only “strategic benefit” of the facility, a scar on the Cuban people’s sovereignty, is that it allows the U.S. government to carry out torture and arbitrary detentions with impunity, beyond the reach of the country’s justice system and the international community.

The truth of what goes on in Guantánamo prison has slowly but surely been revealed to the world, through testimonies by the victims themselves and statements by honest officials unable to bear the weight of covering up such barbarity.

The closure of the dentition centre remains one of current U.S. President’s unfulfilled election campaign promises.

Barack Obama has faced a Republican-dominated Congress fiercely opposed to closing the facility. Now, with less than three months until his term in office ends, everything seems to suggest that the prison will be one of his legacies, inherited by the next occupant of the White House.

The most recent policy directive on U.S.-Cuba normalisation issued by President Barack Obama, states that his government has no intention of modifying the current lease or other measures related to the Naval Base in Guantánamo, which supposedly “enables the United States to enhance and preserve regional security.”

In addition to lifting the blockade, and compensation for damages caused over 50 years by this aggressive policy, as well as an end to subversive programs and illegal radio and television broadcasts, Cuba has insisted that the base is a key issue to be resolved, in order to advance in the process toward the normalisation of relations, which began on December 17, 2014 following the announcements made by Presidents Rául Castro and Barack Obama declaring a new stage in relations between the two countries.

Given that it violates the rights of 11 million Cubans, opposed to the illegal occupation of their territory, the elimination of this colonial vestige in the 21st century continues to be a pending issue for the White House.