Universal Condemnation of the US Economic Sanctions against Cuba 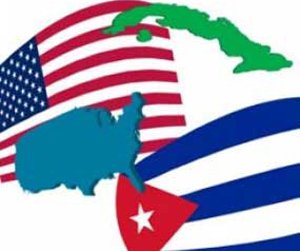 For the twenty fifth consecutive year, the UN General Assembly expressed its condemnation of the economic, trade and financial blockade imposed by Washington on Cuba for more than half a century. The obsolete sanctions – which date back to the Cold War – are immoral, affecting the most vulnerable sectors of civil society, illegal due to their retroactive and extraterritorial scope and constitute the principal obstacle to the island developing.

Out of the 193 countries at the Annual Meeting of the UN General Assembly, 191 urged the United States to put an end to the punishment inflicted on the Cuban people which impacts every sector of society. For the first time since 1992, the year the resolution demanding the elimination of measures of economic reprisal imposed since 1960, was initially presented, Washington decided to abstain from voting. Thus it recognized the failure of its policy of hostility vis-à-vis the Cubans as well as the reality that it had been isolated on the international scene. Israel which has always chosen to follow the US vote has also chosen to abstain.

During her address, Samantha Power, the US representative to the United Nations announced the White House’s decision not to reject the text of the resolution as it had done in previous years:

“For more than 50 years, the US has applied a policy aimed at isolating the Cuban government. For more than a quarter of a century, the members of the United Nations had voted in favour of the resolution […] which condemns the US embargo. […] Instead of isolating Cuba, […] our policy has isolated the United States, even within the United Nations. Today, the United States will opt to abstain from voting. This represents another modest step to put an end to the US embargo once and for all”.

This historic vote forms part of the package of measures adopted by Barack Obama since dialogue with Havana resumed on 17 December 2014. Since this date, the White House has proceeded to liberate three Cuban political prisoners and has taken Cuba off the list of countries supporting terrorism. It has also announced repeatedly – six times in total – a sparce lifting of economic sanctions even if their scope is very limited. Thus for two years, the “Democratic” administration has resumed diplomatic relations with Cuba, proceeded to reopen an embassy at Havana, established direct commercial flights between the two countries, broadened the categories (12 in total) of US citizens authorized to go to Cuba and agreed for certain US investments in the island, especially in the telecommunications sector. Barack Obama’s historic visit to Cuba in March 2016 has sanctified this new era for US – Cuban relations.

The most recent measures were announced on 14 October 2016, that is, two weeks before the vote in the United Nations. These measures permitted, inter alia, US citizens authorized to travel to Cuba to bring back rum and Cuban tobacco, free of quantitative restrictions. However, Washington still forbids the classic importation of these products on the US market. Similarly, in March 2016 Barack Obama had announced that henceforth Cuba could use the dollar for international transactions. More than six months after this announcement, Havana has still not been able to carry out trade in US currency, as international banks fear they would be sanctioned by the US Treasury Department.

The Cuban government, through its spokesman Bruno Rodríguez, Minister of Foreign Affairs, has welcomed Barack Obama’s gesture. Nonetheless, he was forced to recall that economic sanctions were still in force:

“The economic, trade and financial blockade continues. This causes damages to the Cuban people and constitutes an obstacle for the country’s development. […] There is no Cuban family nor a sector in the country that has not suffered from its ramifications: at the level of health, food, services, price of products, salaries and retirement. […] Due to its strictly extraterritorial character, it also directly affects all UN Member[5]”.

No administration will have stuck its neck as far out as the Obama administration to normalize US-Cuba relations. That said, as his final mandate reaches its end, the US President has not exercised his prerogative as head of state to dismantle the network of economic sanctions against Cuba. In actual fact, the White House, could, for example, be able to re-establish bilateral trade between US and Cuban businesses, authorize US investments in Cuba and authorize Cuba to acquire non-food products on loan on the US market. The sectors subject to a Congressional decision are relatively narrow and can be overturned by the Executive.

From the time they were initially imposed more than half a century ago, the economic sanctions have cost the Cuban economy 125 billion dollars and constitute the principal obstacle to the development of the Island. They constitute a serious violation of international law and outrage the international community which once again has expressed its opposition to the coercive measures imposed on the Cuban people. Lifting them is indispensable to normalizing relations between Cuba and the United States.