Cuba must shun capitalism and seek development solutions from within 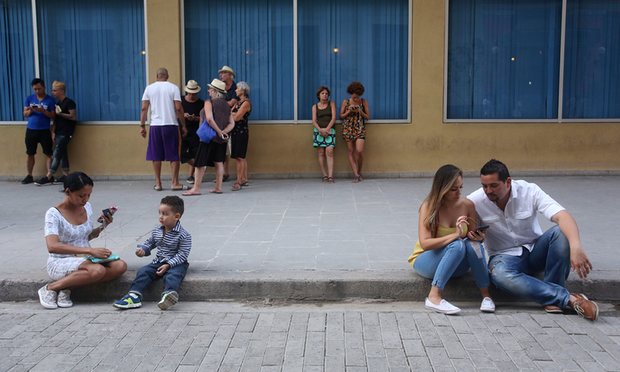 As Cuba seeks to revitalise its ailing economy, it could learn much from countries where development has gone hand in hand with state involvement

Cuba is attempting serious economic reform, influenced in part by the promise of the calamitous US embargo being lifted. Cuba’s social achievements are the envy of the global south, in particular its state-run health system, but on the economic front there is less to write home about.

Central planning has never worked, and it certainly did not in Cuba. But free markets have not worked very well either.

Neoliberalism, the dominant capitalist model since the early 1980s, is now itself in deep crisis. The antics on Wall Street are only the most obvious example of a model in freefall, creating a financial crisis, and leaving the global economy in very dangerous territory.

Why would the Cubans jump out of the frying pan of central planning and into the fire of a model of a capitalism that supports stratospheric levels of inequality and mounting deprivation, and which has had to rely on a massive build-up of debt ($152tn; £122tn) simply to keep functioning?

Cubans will be aware of the transition from central planning to capitalism that took place in eastern Europe in the 1990s under the supposedly expert guidance of the policymaking elite operating out of the World Bank, the IMF and the European Bank for Reconstruction and Development. Many east Europeans were hoping to become as rich as their western neighbours; others would have been happy with a solid all-round improvement in living standards. For all but the infamous 1%, however, neither scenario played out. With unemployment still at depression levels (particularly for young people), poverty now endemic in many communities and social dislocation rife (due to increased migration), the transition has proved to be another disastrous experiment in free market economics.

Cuba needs to learn quickly what these other countries learned to their cost – that institutions matter. Rather than plunging into the cauldron of free market forces, the Cuban government needs to build the solid institutional framework that has been termed “the developmental state”.

History shows many countries that have become rich – European states as well as the US, Japan and the other east Asian “miracle” economies that emerged from the 1950s onwards – succeeded because the state was heavily involved in all macro and micro economic policy and planning, and invested in improving the lives of its citizens.

As leading development economist Ha-Joon Chang argues, no state has succeeded in reducing poverty and inequality without being actively developmental, ie, getting involved.

The state doesn’t need to plan everything, but it must certainly attempt to drive forward development through strategic support and careful investments in key areas such as technology, finance, innovation, education and business infrastructure.

Public ownership of many of the largest enterprises will remain imperative for Cuba if it is to ensure that the right type and level of strategic investments are made and avoid asset-stripping. Increased revenue from the most innovative of these state companies could underpin rapid expansion of the key institutions that Cuba needs to advance further along the technology frontier, and create much needed professional jobs.

Cuba’s world-beating biotech sector, created after many years of patient investment, is an obvious candidate to take the lead in this regard. Like Chile’s state-owned copper mining company Codelco, it should be used to underpin the wider development of the Cuban economy, rather than being sold off cheaply to US and European pharmaceutical companies.

Development banks and a variety of local financial institutions will be required. Notwithstanding the recent turmoil, the Brazilians have achieved plenty with their own state development bank, BNDES (Banco Nacional de Desenvolvimento Econômico e Social), and its many subsidiary operations. In China, the networks of rural credit cooperatives did much to support the Township and Village Enterprises at the root of the country’s economic miracle.

The Cuban government should resist any recalcitrant calls to deploy the microcredit model as a major part of its transition strategy. Microfinance has not succeeded in generating a sustainable, “bottom-up” development trajectory anywhere in the world (and for clear lessons one need only look at the disaster that has taken place in Bosnia and Herzegovina).

The good news is that Cuba has in the past few years found a much better organisational structure to secure rising living standards while retaining an emphasis on social justice and solidarity: the cooperative model. Pioneering forms of agricultural cooperative have been making important inroads in Cuba, helping to raise productivity and output.

The Cuban government is beginning to convert state-owned small and medium businesses into genuine worker cooperatives. Lodging state assets in cooperative ownership involving current employees, rather than putting them into the hands of a narrow elite through a more traditional east European-style privatisation, makes a lot of sense. Solidarity, skills and knowledge will be retained, with speculation and asset-stripping kept to a minimum.

The decisions Cuba makes in the years ahead will not only determine its own history and economic success, but will also reverberate across the global south, where many developing countries are in similar economic straits and are seeking a way out that balances economic efficiency with dignity, equality and social justice.