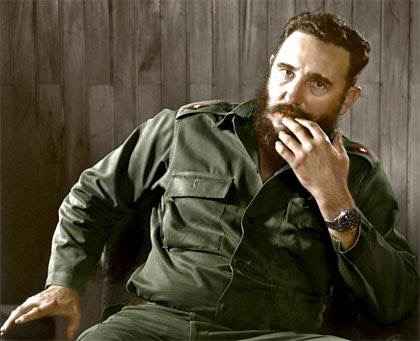 The Cuba Solidarity Campaign is deeply saddened by loss of Cuban revolutionary leader Fidel Castro Ruz who died at 10.29 on Friday 25 November, aged 90.

For more than 50 years the Cuban Revolution has been an inspiration for countries fighting for independence and equality. Cuba’s remarkable achievements in health, education, women’s rights and social justice were gained under the leadership of Fidel Castro.

Fidel’s commitment to internationalism leaves a lasting legacy throughout the world. From Cuba’s support fighting against Apartheid forces in Southern Africa, to training doctors from in Latin America, and its international medical brigades caring for the victims of earthquakes from Pakistan to Haiti, Cuba has shown that another world is possible.

The Cuba Solidarity Campaign sends it’s sincere condolences and solidarity to the family and friends of Fidel Castro and the Cuban people in their time of mourning.

The best tribute we in Britain can make is to continue the struggle to end the immoral and unjust blockade of Cuba and for the return of the illegally occupied land at Guantanamo Bay.