Castro was ‘champion of social justice’ despite flaws, says Corbyn 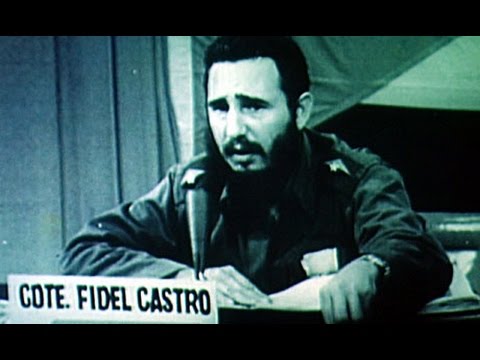 Fidel Castro’s stubborn defiance of the US struck a chord with many oppressed people in Latin America, Africa and the Middle East, who saw parallels between Cuba’s struggle and their own.

But he also inspired many on the left of British politics, for what he achieved both domestically and abroad, notably in the struggle to overthrow South Africa’s apartheid regime. On Saturday at the annual Latin America conference, which took place at the TUC’s Congress House, a minute’s silence was observed. The former Respect MP George Galloway spoke of Castro’s legacy after tweeting a picture of himself with the late Cuban leader and declaring: “You were the greatest man I ever met Comandante Fidel. You were the man of the century. Hasta la Victoria Siempre. Orden. RIP.”

Earlier the Nicaraguan ambassador had drawn loud applause for dedicating the day to the man and his country, declaring: “Viva Cuba, viva Fidel.”

Rob Miller, director of the Cuba Solidarity Campaign, acknowledged that for many at the conference, Castro was an inspiration: “Certainly Fidel, Raúl [Castro’s brother] and Che Guevera are historic leaders of a revolution that happened not all that long ago. This is living history. They are revered as the historic generation.”

Miller recalled visiting Cuba in 1978 as a 15-year-old attending an international youth festival. Also on the trip were future Labour heavyweights Peter Mandelson and Charles Clarke. “A whole host of people came back inspired by what they had seen. This was the beginning of the Cuban solidarity campaign in this country and many of those who came back are still very much involved in it today.”

For Miller, the visit to Cuba under Castro was transformational. “In the 1970s, before the collapse of the Soviet Union, Cuba really had everything. It was a time of flourishing, of culture, music, dance, education and sports. Cuba was rapidly moving from being a very backward country pre the revolution to a country that was blossoming in every single way. The results are still there. You see Cuba punch above its weight in every sort of sphere. There was an optimism that was palpable,” he said. “The Vietnam war had just been won and there were people from Vietnam there; the Palestinians were there, campaigners from South Africa, and it was a very, very vibrant time. It was inspirational for me personally.”

As the US embarked on a decades-long attempt at destabilisation, Castro’s fight for survival became synonymous with his country’s battle for autonomy. Many on the left of British politics feared that the CIA was intent on regime change across Central and South America, and started to champion the Caribbean island and its charismatic leader, whose influence and appeal grew with each day that he remained in power.

“Cuba stood firm in a David and Goliath way,” Miller said. “And Fidel himself became a beacon of resistance, demonstrating that there was the possibility for a small people to win their power and hold on to their power despite every possible provocation and blockade. The fact that Cuba still stood independent despite the deprivations is a real, lasting legacy.”

However, others on the left tempered their praise of the Cuban leader with explicit criticisms. Lord Hain, the former Labour cabinet minister and anti-apartheid leader, said: “Although responsible for indefensible human rights and free speech abuses, Castro created a society of unparalleled access to free health, education and equal opportunity despite an economically throttling US siege. His troops inflicted the first defeat on South Africa’s troops in Angola in 1988, a vital turning point in the struggle against apartheid.”

“Fidel Castro’s death marks the passing of a huge figure of modern history, national independence and 20th-century socialism,” said the Labour leader, Jeremy Corbyn, who claimed that “for all his flaws” Castro would be remembered as an “internationalist and a champion of social justice”.

The former London mayor Ken Livingstone said Castro was an “absolute giant of the 20th century”.

“Of course, Fidel did things that were wrong,” Livingstone said. “Initially he wasn’t very good on lesbian and gay rights, but the key things that mattered was that people had a good education, good healthcare, and wealth was evenly distributed. He was not living as a billionaire laundering money off into a Panamanian bank account or anything like that – he was good for the people.”

Miller suggested that Castro’s politics were enjoying a renaissance: “Today, people are looking for alternatives, something different, and the relevance of the politics – socialism, if you like – in the Cuba embodied by Fidel, by Che, is becoming more interesting to people. They’re fed up with the current political infrastructure, which doesn’t really empower most people to play an active part within their societies. At a time of austerity, people will look for alternatives, and Cuba is one of those alternatives. I’m not saying it’s the only one or the best one, but it’s one we can look at.”