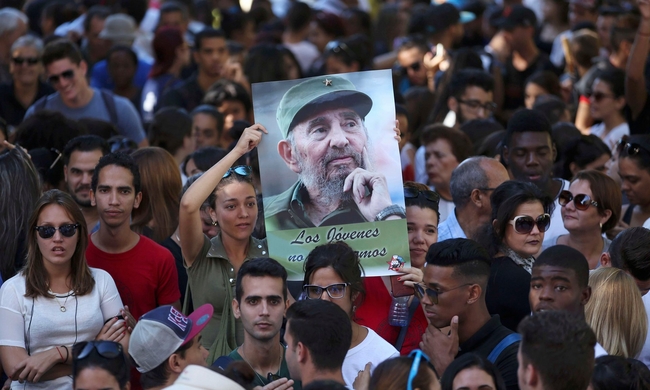 Donald Trump has threatened to reimpose sanctions on Cuba that had been lifted by the Obama administration, but has provided no details or explanation.

The threat came – like many of the president-elect’s statements since his upset victory on 8 November – in the form of a tweet, that raised more questions than answers.

The tweet, coming two days after the death of Fidel Castro, appeared to restate threats made during the election campaign to reverse the opening to Havana made by the Obama administration over the past year, including an end to the travel ban, the resumption of commercial flights and the relaxation of some trade restrictions.

Some analysts said they did not expect Trump to rescind the executive orders that relaxed the half-century embargo on Cuba since Castro came to power, citing the pro-business lobby in the Republican party and Trump’s own commercial instincts.

However, conservative Cuban Americans – including Mauricio Claver-Carone, a hardline member of Trump’s transition team – have said the regime run by Raúl Castro, Fidel’s brother, is just as repressive, and argue that some or all of the sanctions should be reinstated.

Reince Priebus, whom Trump has appointed as his White House chief of staff, said that Trump would reverse US policy on Cuba if there are not greater political reforms.

“These things need to change,” Priebus told Fox News on Sunday. “This isn’t going to be one way. I think the president-elect has been clear on this.”

Ana Quintana, a policy analyst at the Heritage Foundation who advocates a tougher policy towards the Cuban government, said: “All the indications are that he will roll back many of the executive actions – if we look at the appointments to his transition team, like Claver-Carone, who is a very vocal advocate against the opening, and rightfully so.”

“Trump’s business sense and business acumen will overwhelmingly draw him to roll back on the opening,” Quintana added, saying that some other foreign companies who have started doing business in Cuba recently have had their assets confiscated.

Peter Harrell, a former undersecretary of state for counter-threat financing and sanctions, said: “Trump and others are talking less about rolling back sanctions, as much as demanding things from Cuba to avoid rolling back.”

However, in the absence on concessions from Havana, Harrell predicted the incoming administration could cut back aspects of the Obama policy initiative that involved dealing directly with the Cuban government.

“There are some deals with Cuban entities with links to the military and with government entities. I think these would be higher on the chopping block than people-to-people exchanges,” said Harrell, now an adjunct senior fellow at the Center for a New American Security. It will be hard, though not impossible, to roll back the easing of travel restrictions which seem to have pretty broad support.”

On Monday, the airline company JetBlue made the first commercial flight from New York to Havana in more than a half century, and American Airlines flew its first service from Miami.