Do Not Mourn - Organise 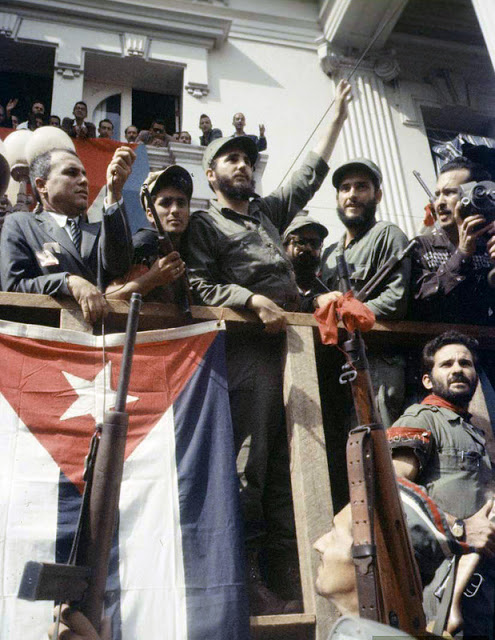 AS Fidel Castro is laid to rest this weekend, this paper will not be alone in reflecting on his life and contribution to the struggle.

Across the world, Fidel will be mourned by those who owe him and the Cuban revolution a debt.

Of course, Fidel will be most mourned in his own country. For Cubans who lived through the revolutionary period and the Batista dictatorship that preceded it, to their children who have benefited from the dramatic advances in healthcare and education, all provided free by the Cuban state.

They will mourn him as someone they struggled alongside as active participants.

Because that is the very nature of the Cuban revolution, a revolution that has stayed strong for over 50 years.

The revolution wasn’t just about improving the lives of the Cuban people. It was about giving them control over their own destiny.

The slogan that workers will be owners of the means of production, distribution and exchange under socialism really means something in Cuba.

This is a country where ministers cannot set education policy without the active participation not just of the teachers’ unions, but of the women’s federation, the students’ groups and the neighbourhood Committees for the Defence of the Revolution.

Where a decision to raise the state pension age, in response to an ageing population thanks to medical advances, required consulting all mass organisations and then putting the proposal to the people in a national referendum.

That is how Cuban society works.

The revolution did not just give people a better standard of life — it has given them control over their lives.

That precious achievement is under attack. If you’re not a member of the Cuba Solidarity Campaign, now is the time to join — or get your union branch to affiliate.