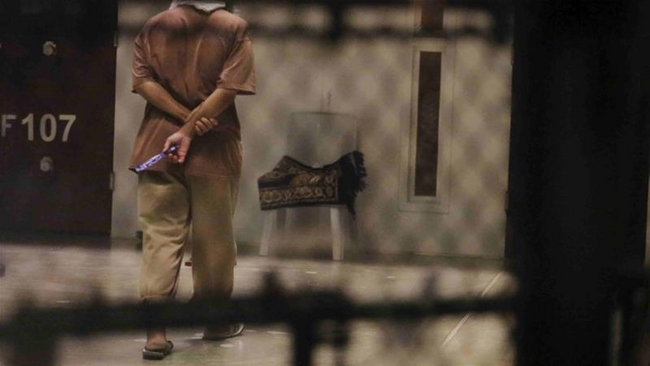 Although Obama vowed to close the facility, multimillion dollar renovations including a new dining hall are under way.

Though US President Barack Obama pledged to close Guantanamo Bay offshore detention centre in Cuba upon taking office, as time runs out on his administration that almost certainly will not happen.

Although the number of inmates has dropped to 59 from a high of 680 in 2003, fresh construction at the facility suggests that the prison will not shut down soon.

The US military is building an $8.4bn medical clinic inside a recently vacated prison unit to eliminate the need to transport detainees to the base's existing one.

The government is also building a $12.4m dining facility for troops who work at the prison and is seeking the funds for better housing.

The prison's future will then be up to President-elect Donald Trump, who has said he would prefer to keep it open and even "load it up with some bad dudes" after he takes office on January 20.

Officials at the base say they have available cells and could potentially expand.

The US opened Guantanamo to hold alleged "terrorists" suspected of ties to al-Qaeda and Taliban in the aftermath of the deadly September 11, 2001 attacks.

Most were never charged with a crime. Indefinite detentions, combined with the mistreatment of prisoners in the early days of the prison, prompted global criticism.

Of the 59 prisoners, 22 have been cleared for release and some are expected to be transferred out in the final weeks of the administration.

Congress has barred moving them to facilities in the US for any reason, including for trial, so they are otherwise stuck at the base.

Fifteen "high-value" detainees, including the September 11 defendants, are held in Camp Seven, a maximum-security unit that the military does not show to journalists. Even its exact location on the base is classified.

All the other detainees are now in Camp Six, a glass and concrete prison facility where they live in air-conditioned communal pods and are allowed to roam free of their cells for 22 hours a day.

The men there include Khalid Qasim. A review board determined in 2015 that he had trained with al Qaeda in Afghanistan and should not be released, though the US has no intention of prosecuting the 39-year-old from Yemen. His lawyer, Shelby Sullivan-Bennis, said he has drawn a question mark on his cell, in an apparent symbolic move questioning his status.

"His 14-plus years of detention, without charge or trial, are an affront to US values," said Sullivan-Bennis, of the human rights group Reprieve.

She said that whenever she visits, her client asks why he is still there or why can't he have a trial.

The jail's commander said he cannot say what will happen to Qasim or any of the other prisoners.

"You know the detainees have questions of whether the transfers are going to stop when the new president takes charge January 20," said detention centre commander, Navy Rear Admiral Peter Clarke.

"We don't know, they don't know. Their lawyers may speculate, but no one knows," said Clarke.

CSC campaigns to return the illegally US-occupied Guantánamo to the Cuban people. Download the leaflet here

The US in Guantánamo: Washington at its worst (Granma article)