Guantánamo Naval Base, not to be forgotten 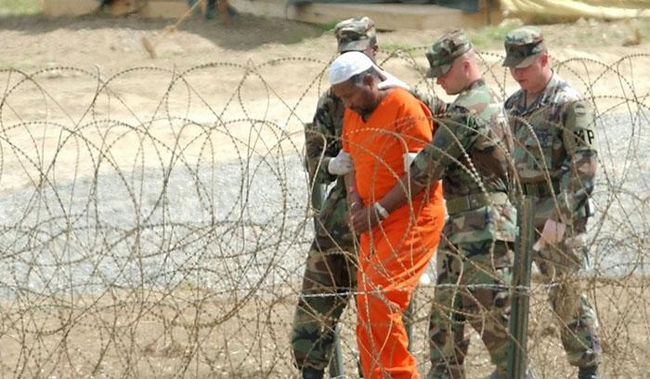 President Barack Obama will shortly exit the White House, without keeping his promise to close the maximum security prison established in 2002 at the Guantánamo Naval Base

GUANTÁNAMO, Cuba.— President Barack Obama will shortly exit the White House, without keeping his promise to close the maximum security prison established in 2002 at the Guantánamo Naval Base.

Despite the fact that the U.S. appropriated 117.6 square kilometres of Cuban territory more than 100 years ago, it was not until the beginning of this century that the world's interest in the site was reawakened, precisely when the illegal base became a prison for Islamic militants, and chilling pictures of the crimes committed there began to circulate on the internet.

International pressure and thousands of voices have been raised to demand the closure of the base, and the issue became part of the agenda discussed by candidates aspiring to the Presidency in the United States.

Obama heeded these demands and said he would close the prison, but once in office, and now just days away from his departure, the commitment remains unfulfilled.

Despite his Nobel Peace Prize and stated intention to normalise relations with Cuba, Obama will be one more President leaving office without resolving one of the main obstacles to a less hostile relationship.

In fact, the Presidential directive on the country's policy toward Cuba which Obama issued this past October 14, specifically states, "The United States Government has no intention to alter the existing lease treaty and other arrangements related to the Guantanamo Bay Naval Station."

ANTECEDENTS TO THE OCCUPATION

In June of 1898, during the Spanish-American-Cuban war, U.S. military forces, with the decisive participation of the Cuban Liberation Army, occupied Guantánamo Bay, to establish a base for their operations against the Spanish.

According to historians, Liberation Army Colonel Manuel Sanguily, who was in the United States at the time, commented, "They have seen Guantánamo; they will never renounce it as a possession."

To cover their pretensions with a legal mantle, Washington pressured Cuba to sign the 1903 Agreement between the United States and Cuba for the Lease of Lands and Waters for Coaling and Naval Stations, in accordance with the seventh article of the Platt Amendment.

Cuba was thus obliged to perpetually rent the area to its northern neighbour, and the U.S. would have complete jurisdiction and control of the site, despite formally recognising Cuba's sovereignty over the territory.

The geographic features of the bay, one of the largest in Cuba, and its strategic position in the Caribbean, led to the rapid expansion of the base and an increased number of Navy troops in Guantánamo.

As time went by, its initial purpose as a fuelling station gave way to its role as a centre of operations, strategic to supplying the Navy fleet in the region, as well as housing and training troops during WWII and the Korean War.

In 1952, it was designated a U.S. Naval Base, although it continues to be universally known as the Guantánamo Naval Base.

A LONG HISTORY OF INJUSTICE & ABUSE

This past October, the United Nations special representative on torture, Juan Méndez, noted that his mandate would apparently end, without his having had the opportunity to inspect the U.S. prison in Guantánamo. He told the press that he was invited in 2012, but that the conditions placed on such a visit were unacceptable, and have not been modified, meaning that he would leave the position in January, 2017, without completing this mission.

He is convinced that irregularities, arbitrary actions, and human rights violations are committed at the base, and insists that, although international authorities like himself are not allowed to see with their own eyes what occurs within its walls, the truth has not been silenced.

However, the long history of abuse and injustice perpetuated by the U.S. Navy in Guantánamo - with many cases documented in the local press and other publications - has not been disseminated very widely in the media.

Rolando Quintero, in his article "The Chicle case", tells the story of one of the crimes which took place in the 1940s that most outraged the public.

The events involved the boxer Lorenzo Rodríguez Grenot, Kid Chicle, (Bubble Gum Kid), murdered before the astonished eyes of hundreds of witnesses, for simply seeking employment at the base, as thousands of Cubans and those from other nations did in that era.

In terms of citizens arbitrarily arrested and tortured, many recall the cases of Jamaican Lorenzo Salomón and Cuban Manuel Prieto.

The first, who worked in a commissary on the base, was absent a few days because of illness, and upon returning was accused of theft, arrested, and tortured in the Calavera Point prison, infamous at the time for the methods used there.

Faced with pressure from the population, especially students, he was released, only to be tried and unjustly sentenced to six years in prison, as René González recounts in his book, Un Maine detenido en el tiempo.

Prieto was born in Caimanera, a town located precisely on the base's limits, and worked there from 1947 until 1961.

Accused of being an agent of the Cuban state, he was detained, interrogated, and tortured in Calavera Point. His testimony was published in the local press.

Freed after six days, he was hospitalised for a month as a result of the blows he received that left him with a fractured vertebra, among other injuries, obliging him to use a cervical collar for years, while his vision was affected as well.

Rubén López Sabariego was a Cuban worker killed after being detained and murdered - his body then hidden in a ditch. To avoid suspicion, base authorities told his wife he had left his job.

Some time later, with less water in the ditch, the body was exposed, evidence of another crime, for which no one was ever held responsible, historian José Sánchez reports.

Rodolfo Rosell, a member of Caimanera's fishing cooperative, was found in the bay's waters on June 12, 1962, clearly the victim of a brutal attack, according to local union leader Héctor Tati Borges, who told the press, "After inflicting several injuries with their fists, they hit him in the head causing a haemorrhage that subsequently killed him."

All of these murders and other crimes committed by U.S. sailors in Cuban territory have been denounced, even in international courts, evidence of the fact that torture at the Navy Base is no secret.

Since 1903, nineteen Presidential administrations have come and gone, but not one has been willing to give up U.S. possession of the base, or attempted to negotiate the return of this territory to its legitimate owner, despite repeated assertions by military command personnel that Cuba represents no danger whatsoever to the United States, and that the base serves no strategic purpose.

Even as majority public opinion demands the closing of the prison and the return of Cuban territory, the comment made by Colonel Manuel Sanguily maintains its relevance, 118 years later. The United States has no intention of returning this piece of the nation, occupied against the will of the Cuban people.

CSC campaigns to return the illegally US-occupied Guantánamo to the Cuban people. Download the leaflet here

The US in Guantánamo: Washington at its worst (Granma article)