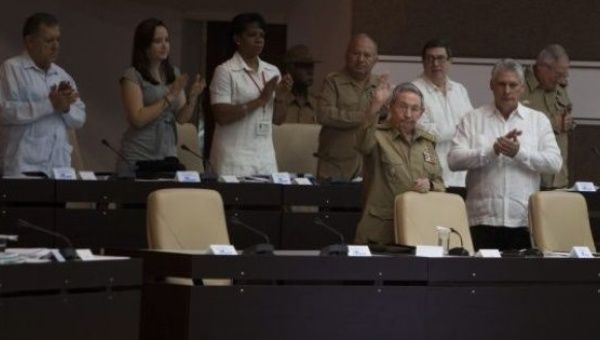 Cuban President Raul Castro opened the National Assembly in Havana Tuesday, where the country’s economy and how to pay lasting tribute to revolutionary leader Fidel Castro were on top of the agenda.

The assembly approved legislation that will carry out Fidel’s final dying wish that will forbid the use of his name and image from streets, statues, parks, government institutions and public places.

Raul had earlier said to Cuban mourners earlier in the month that his brother did not want any public recognition because “Fidel was always against the cult of personality until his dying days.”

The plenary session started with a tribute to Fidel through an audio-visual display showing some of the late leader's most memorable moment while he was in the National Assembly.

The Assembly is due to vote on Cuba’s state budget for 2017 and presented the economic results from 2016. Cuba’s Economy Minister Ricardo Cabrisas said that the country’s economy had a downturn of 0.9 percent, in part due to economic troubles in oil exporter Venezuela - one of the island’s key trading partners.

“For 2017, we expect growth of 2 percent in gross domestic product following a contraction of 0.9 percent in 2016,” Cabrisas told Cuban media, expecting growth from the country’s tourist and sugar industries.

The country’s economy was previously measured to have grown at an average of 2.3 percent each year between 2011 and 2014 and 4 percent in 2015, only to have a downturn in the second half of 2016 amid problems in Venezuela and a drop in global commodities prices.