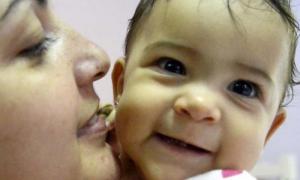 Behind the dream materialised in reaching an infant mortality rate below five per 1,000 live births for the ninth consecutive year, are the efforts, dedication, talent and responsibility of Cuban health professionals

This is not an isolated or fortuitous event. Above all, it is the expression of what can be achieved when a country prioritises, against all odds, universal access to healthcare and inclusive and human social development. It is down to the vigilance of thousands of health professionals throughout Cuba, from local doctors’ surgeries to hospital services, with the decisive participation of maternity homes, perinatal, neonatal and paediatric intensive care units; the network of medical genetics, neonatal surgery and paediatric cardiac care; not to mention the intersectoral and community support for health measures.

For the ninth year in a row, Cuba has managed to sustain an infant mortality rate of less than five per 1,000 live births, an indicator that ratifies the island among the top 20 nations in the world in this respect, and leading the Americas alongside Canada.

Preliminary figures provided by the Medical Records and Health Statistics Directorate indicate that a total of 116,869 births occurred in 2016, 8,195 fewer than in 2015, while 497 children under one year of age died, 38 less than the previous year, resulting in an infant mortality rate of 4.3 per 1,000 live births.

As Dr. Roberto Álvarez Fumero, head of the Maternal and Child Health Department of the Ministry of Public Health, told Granma, the main causes of death in children aged under one were perinatal conditions, mainly those resulting from premature births, followed by community-acquired infections. Congenital disorders constitute the third leading cause of infant death, and for the fourth consecutive year, Cuba has maintained a mortality rate below one per 1,000 live births in this regard. With this indicator, Cuba surpasses even developed countries, with infant mortality rates owing to congenital malformations below four per 1,000 live births.

According to the specialist, other important indicators that reflect the good state of children’s health were consolidated in 2016, among which he highlighted the under-five mortality rate, considered the main indicator of progress in child welfare. This was reduced from 5.7 to 5.5 per 1,000 live births, remaining below six for the fifth consecutive year.

In this sense, figures provided by the UN Inter-agency Group for Child Mortality Estimation published in the Child Mortality Report 2015 place Cuba among the top 40 countries in the world with the lowest indicators.

Figures which clearly demonstrate the constant efforts to guarantee sexual and reproductive rights; and safeguard the rights of children throughout the island.