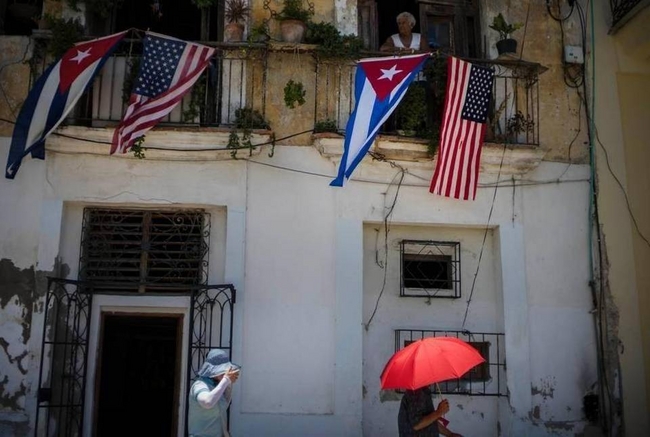 Two separate delegations with representatives from the United States and Cuba will meet in Washington and Havana to discuss human trafficking and confiscated property claims.

The meeting in Washington, which begins Thursday and will run through Friday, is the fourth exchange between the two countries on the issue of trafficking in persons, and seeks to coordinate efforts in the prevention and prosecution of that criminal enterprise, as well as identifying areas of possible cooperation, the State Department announced.

Simultaneously, in Havana, both governments will hold the third meeting on claims of confiscated property on the island. The claims include those of U.S. citizens who were certified by the Foreign Claims Settlement Commission, claims relating to unsatisfied U.S. judicial decisions against Cuba and claims held by the U.S. government.

The United States considers the resolution of such claims an absolute priority, according to the State Department.

The American delegation to the human trafficking meeting will be led by Ambassador-at-Large Susan Coppedge of the Office to Monitor and Combat Trafficking in Persons and Deputy Assistant Secretary John Creamer of the Bureau of Western Hemisphere Affairs. Representatives from the Department of Justice, the Federal Bureau of Investigation, the Department of Homeland Security and the Department of Health and Human Services will also participate. The Cuban delegation will be headed by Yuri Ariel Gala López, director of bilateral affairs at the Ministry of Foreign Affairs, among other officials from various Cuban agencies.

The U.S. delegation to the claims meeting in Havana will be led by Brian Egan, State Department legal adviser.

“The meeting will allow the delegations to build upon previous discussions in Havana and Washington, D.C., and to exchange views on technical details and methodologies regarding outstanding claims,” ​​the State Department said in a statement.

Cuba and the U.S. held the first meeting on claims in December 2015 in Havana, and met again to discuss the issue in July 2016.

Between 1959 and 1961, following Fidel Castro’s ascent to power, the Cuban government nationalised the property belonging to U.S. citizens and corporations on the island. The nearly 6,000 claims are valued at $1.9 billion, but worth more than $7 billion today as adjusted for inflation.

In 1964, Congress established a Cuban Claims Program to process property claims confiscated from U.S. citizens by the Cuban government. Experts say most of the certified claims are in the amount of less than $1 million, and could be settled with funds from the Cuban government frozen by the United States.

However, frozen funds — Cuban assets that pass through some U.S. bank in a transaction and are seized — are used to compensate for human rights violations.

Cuba, on the other hand, claims that the U.S. owes billions of dollars in reparations for economic damages caused by the embargo. Havana also alleges damages for the Bay of Pigs invasion and the 1976 bombing of Cubana de Aviación flight 445, among other things. The Cuban government seeks compensation for human damages of $181 billion, and $121 billion for material damages related to the embargo.