Cuba to Build Its First Mosque as Muslim Population Grows 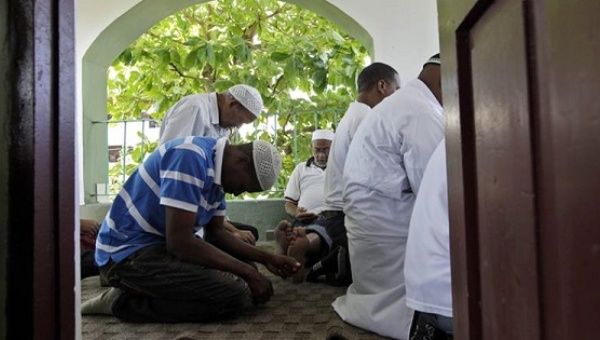 Since 2015, the country’s some 10,000 Muslims have been congregating for prayers in a building space in downtown Havana.

The city of Havana is set to build Cuba’s first mosque, touted to be one of the largest in Latin America, as its Muslim population continues to grow.

Since 2015, when the government authorized that Cuba’s some 10,000 Muslims should have a place of worship, they have been congregating in a building space in downtown Havana for prayers, where copies of the Quran in both Spanish and Arabic are abundant. The new mosque is set to be built in Old Havana.

Cuba’s most influential Muslim leader is Pedro Lazo Torres, known as the Imam Yahya, the country’s first imam. Torres told USA Today that before there were so few Muslims that they could hold congregational prayers in someone’s home. As the population grew, their prayers spilled into the streets.

Torres, now president of the Islamic League of Cuba, explained that the number of people asking to convert continues to rise. While the country’s Muslim population has surged because of an influx of students from Chad, Niger, Nigeria and Rwanda, as well as the government-abetted settlement of hundreds of Pakistanis after an earthquake struck there in 2005, the majority of Cuban Muslims are converts.

"Ninety-nine percent of Cuban Muslims are converted to Islam and not descendants of Arabs," Ahmed Abuero, the mosque's religious leader, told USA Today.