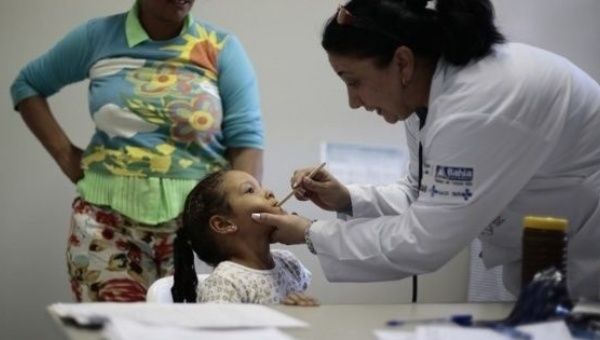 Testing looks promising so far for the vaccine designed to improve living conditions of people who are HIV positive.

Scientists in Cuba are currently undertaking phase one of a clinical trial for a vaccine to help improve the health of people who are HIV positive, Cuban media reported this week.

The vaccine, TERAVAC-VIH, while not intended to give patients a cure for HIV, allows patients to improve their quality of life by reducing the amount of HIV in a patient's blood, known as the viral load. The vaccine is administered nasally, orally and through a spray and injection.

So far, the vaccine has been tested on nine patients who have not shown any adverse effects or toxicity, one of the researchers behind the project Yayri Caridad Prieto Correa told Cuban media outlet ACN.

Prieto Correa and a team of scientists from the Center for Genetic Engineering and Biotechnology in Havana presented their project at the first Congress BioProcess 2017, which takes place on the island’s third biggest city Camaguey.

Prieto Correa said that the long-term project will go through several more testing phases to determine if it should continue. She added that it was important to find more patients for testing. Tests on patients and animals in laboratories have so far suggested that the vaccine has improved immune responses and lowered the viral load in patients.

Despite the development of the vaccine, Prieto Correa stressed that it could not offer a cure and that prevention was the main strategy to avoid the spread of the virus.

Cuba’s medical and health care system, particularly in regards to doctor training and disease prevention, has been seen as an ongoing success. In 2015, the World Health Organization recognised Cuba as the first country in the world to eliminate mother-to-child transmission of both HIV and syphilis.