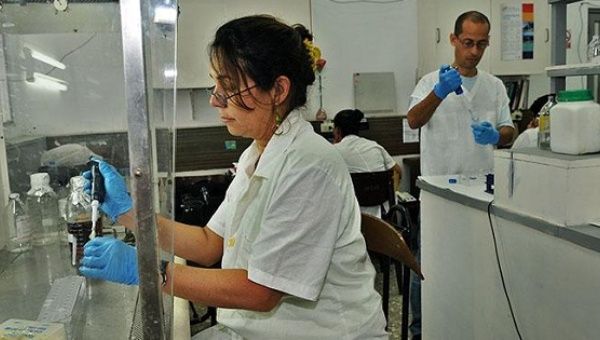 Using biodigesters, bacteria which break down organic matter to capture methane gas, the science center is able to produce environmental-friendly fuel. Cuba’s socialist government is using the fuel to power homes across the country, especially in rural areas.

The center is also carrying out investigations aimed at using commonly found plants like morera, moringa and tithonia to produce clean energy. These plants contain proteins that can also produce fuel without damaging the environment.

The Cuban government, with help from the Indio Hatuey Experimental Pasture and Forage Station, is planning to promote these programs across the country. The initiative falls in line with the country’s commitment to environmental protection.

“Over 30 technologies are being applied in the productive sector, across more than 530 areas nationwide,” center leader and national assembly member Giraldo Jesus Martin told Granma.

The station is named after Cuban Indigenous cacique chief Hatuey. Considered to be Cuba’s first national hero, he was burned by Spanish conquistadors in 1512 for resisting colonization and inciting Indigenous rebellion.

Since the triumph of Cuba’s 1959 revolution, the institution has researched and produced agricultural and livestock systems that feed the country’s population. It became especially important after the fall of the Soviet Union in 1991, when food and energy imports from Russia were substantially cut by the new capitalist government.

The Venezuelan Institute of Scientific Research created the remedy using ingredients that are organic and native to Venezuela. The remedy is composed of plant biomass from cassava, corn, sorghum, soybean, papaya, aloe, sugarcane, banana, cotton, and moringa.

Fungi and bacteria produced by the crops act as biodigesters which accelerate the degradation of toxic materials commonly found in environments polluted by oil spills. They also discovered that the organic product is able to remedy lands affected by herbicides and pesticides.

Since 1999, Cuba and Venezuela have cooperated on hundreds of scientific experiments involving clean energy production and remediation.