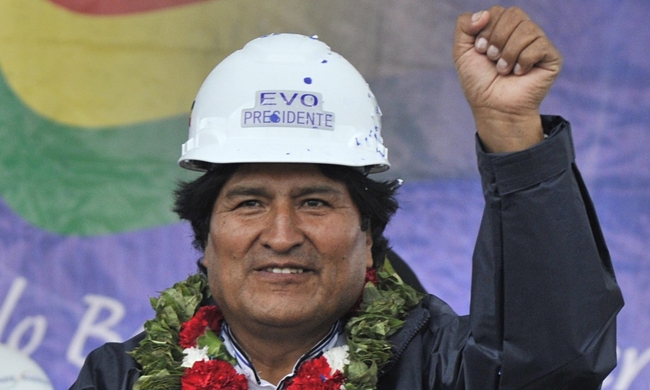 In a press conference, Martinez said that the ministerial cabinet and the medical team decided to advance Morales´ trip to Havana because he is in good conditions for the surgery process.
Health Minister Ariana Campero explained that this advance of the trip does not have to do with any emergency, but to the fact that the head of state has had fast recovery upon an anti-viral treatment he was administered to fight current sinusitis.

Campero said that the surgery process will last between 15 to 20 minutes and later Morales will have to keep absolute rest for at least 48 hours. This kind of surgery usually requests a two-week recovery, noted the minister.

Initially, Evo had planned to travel to Cuba in April to have the nodule extracted. The nodule was detected in early march and upon that event Morales said that such throat problem did ot pose any risk to his life.

"They (the doctors) showed me a small nodule on the screen, happily it is not malignant and it has to be extracted," said Evo in Cochabamba as cited by Telesur TV on March 11.

Morales spoke of his health following rumours that his throat problem was a terminal condition and he noted "I do not want my health to be a source of concern for the people,¨ and he thanked the nation for their interest in his health.