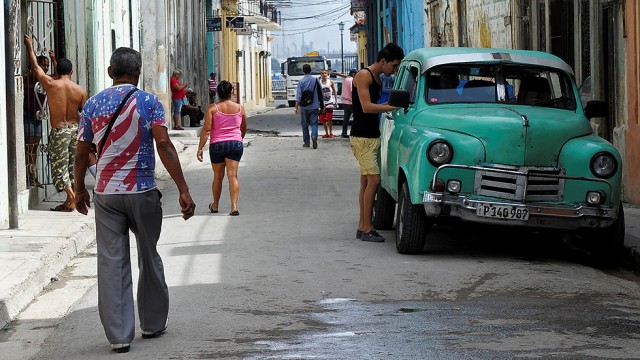 “We acknowledge the current regime must do more to open its political system and dialogue with the Cuban people. But, if we fail to engage economically and politically, it is certain that China, Russia, and other entities whose interests are contrary to the United States’ will rush into the vacuum,” the retired officers write in the letter, organized by the American Security Project. “We have an opportunity now to shape and fill a strategic void.”

Earlier this month several of the retired officers traveled to Cuba to meet with government officials over four days. On a call with reporters prior to the letter’s release, the officers said Cuban officials expressed security concerns and fears “that perhaps the progress that’s been made in regards to diplomatic relations and easing of travel restrictions will revert to the way it was prior to 2014.”

One of the letter’s signatories, retired Marine Corps Brig. Gen. Stephen Cheney, said there is a frustration within the Cuban government over routine meetings with the U.S. State Department and Department of Homeland Security that have been cancelled since Trump’s inauguration.

“It’s not out of a change of policy, it’s that the people aren’t there in the administration and they haven’t formulated where they’re going to go in regards to a policy with Cuba,” Cheney told reporters of the canceled meetings.

“That’s why we’re stepping in and stepping in now, to say 'OK, while you’re formulating this policy to the new administration, that you need to take all these factors into consideration. Don’t just look at it as something Obama did it and because Obama did it you hate it. Let’s fill out the national security aspects of this and you can count it as a huge success if President Trump opens up trade ... to the advantage of U.S. business.'”

Retired Army Brig. Gen. David McGinnis, who also signed the letter, said there is a need to make sure Cuba does not reach out to U.S. adversaries, including China or Iran, out of economic or defense concerns.

“If they get desperate, the people that they’re going to reach out to are people we would rather they not have relationships with. And that’s a real national security issue at this point,” McGinnis said.

The officers said they will take the letter to Capitol Hill next week.