Striving to maintain advances in Venezuela 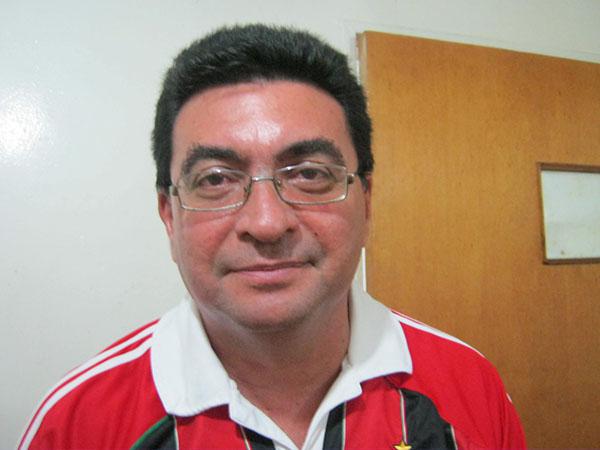 A Cuban internationalist doctor heading a medical centre in Miranda talks about the achievements of the Bolivarian Revolution which, despite facing a non-conventional war, continues to resist

MIRANDA, Venezuela.— The heat was stifling at the Manguito Siete High-Tech Medical Centre (CAT), in Paz Castillo municipality, located in the western part of this state. But it was also very peaceful. At this facility designed by the Bolivarian Revolution to conduct important tests on patients who require a speedy diagnosis, Dr. Rogelio Enrique Suárez González, a 50-year-old general practitioner, welcomed us alongside his colleagues.

Rogelio, from the province of Camagüey, heads this group of Cuban collaborators, here to share their invaluable knowledge. He has many memories to share regarding his various internationalist missions. This is his second time in Venezuela, and between 2006 and 2008 he worked in a Miracle Mission clinic in Honduras, the first inaugurated by Cuba in that Central American country.

As Rogelio explained, in Honduras he was shocked by the difficulty in accessing health services, and the number of children living in extreme poverty, unable to attend school. “One thinks a great deal about what our Revolution has done for health and education. It is an aspect that further motivates us regarding our duty to preserve the beautiful things that we have.”

However, his time in the Central American country also proved to be a wonderful experience: many people with cataracts, whose vision was poor or severely impaired, recovered their sight. This miracle was provided free of charge for all those in need.

Up to 70 Honduran patients per day were served by this mission. In two years, more than 5,000 surgeries were performed. Rogelio noted that many of the patients whose vision was restored maintain contact with their doctors.

This is your second experience in Venezuela, what does this stage mean?

We have arrived here at a very important, intense time. The Bolivarian Revolution endures, experiencing many changes since the death of Comandante Hugo Chávez. We are here to maintain what he and Comandante en Jefe Fidel created through the Cuba-Venezuela Agreement in the field of health.

The centers in which we work are located where the population most needs them. We are called on, together with Venezuelans, to help residents recover their health. We have to care for children, the most vulnerable, follow pregnancies. Thus, with the passage of time, solidarity is strengthened, and the gratitude of all the people treated increases.

Have you always worked in the CAT?

I started in a doctor’s office. It was a magnificent stage because I was in direct contact with patients, day after day. It was like returning to the roots, to the beautiful role of the family doctor. It was very good to sense the appreciation of the patients who were thoroughly examined. We treated people in need even outside working hours.

In Cuba, for most of my professional life, I had headed polyclinics. Someone who knows me saw me here in the doctor’s office, and proposed that I come to lead the CAT, and I have been carrying out this task for more than 30 months.

Is there a particular story you recall from your time at the local doctor’s office?

I can’t forget a nephrotic syndrome patient, whom we diagnosed as such and began to follow. We helped him as much as possible, but he needed more specialized treatment in other health institutions in the country. At that point his condition began to worsen, but fortunately he is alive. He has been receiving hemodialysis for two years now. He is extremely grateful to us and to the Cuban Revolution. If he had not been diagnosed in time, he would not have survived. We also restored his vision.

You’ve made many friends here, right?

Many thank you constantly. Every time we need help they reach out to us, be it in everyday life or at work. That is the solidarity that inspires Cuban medicine, which has no borders and makes no distinction between human beings.

Definitely. In the end, when you are working in any of the health structures that Venezuela has, the work is as a team; we are all cogs in a machine, and for it to work perfectly, we must all make the maximum effort in the area we are responsible for, so that the patient, when he leaves, does so satisfied with the response, with the service we offer.

Honduras left its mark on you. What will you take way from your experience in Venezuela?

First, a greater commitment to Cuba and to Fidel’s ideas, which translates into a commitment to maintain all the achievements of our Revolution, including Public Health. This is no easy task because there will be increasing challenges for our Revolution.

The other thing that marks us is that we have helped to form new generations of revolutionaries. In all the places where we have been, we have also taught, which has helped many professionals grow, including us. Wherever we go, we must leave behind people to continue the work we started.

How are you dealing with the current political destabilization and violence in the country?

I have been here since November 2014. The country has been changing daily. It is suffering a war of attrition. We Cubans are well acquainted with such situations. Perhaps many of us have not experienced them so harshly personally, but our parents experienced them, and that leaves us with an understanding.

We see firsthand what imperialism is capable of doing with its arsenal of methods; and we prepare ourselves better, because this non-conventional war is the scenario that we have suffered in Cuba recently, just not to the extremes seen here. This war prepares us for the future.

So Cuban collaborators are right when they say that Venezuela is a huge school?

It is because our parents’ generation saw the beginnings of the Revolution, Playa Girón, the literacy campaign.

For us who are here, now, this is the trench, this is ours. We are called on to preserve not only the Cuban Revolution but also the Latin American revolution, because Venezuela defines it, it is a guide that can not be lost.

This is the task that concerns us and it is as important as those others.

None of any kind. Besides, with fear you can not work or create. You have to take care of yourself and have a sense of danger, but that is something else, not fear.

We are all committed to continuing to work and to do our best to maintain the achievements of Barrio Adentro (the “Into the Neighbourhood” medical mission). This humane mission, despite the difficulties that may exist, is an indisputable achievement of the Bolivarian Revolution, which is why a great effort is made to continue making progress.

Our medical mission will not fail the Cuban Revolution, nor the Bolivarian, nor presidents Raúl and Nicolás Maduro. Because all this also means defending the ideas of Fidel and Chávez.