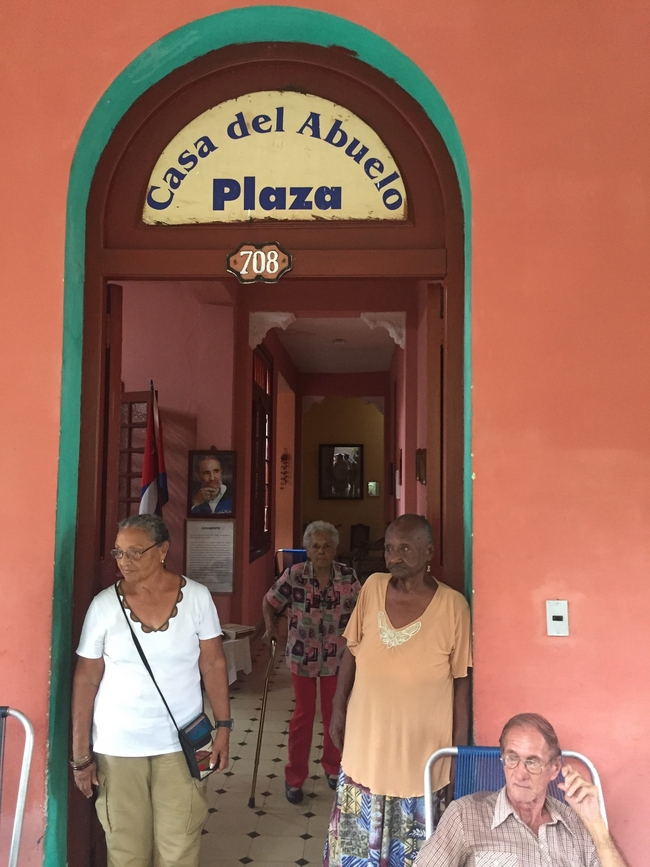 In Cuba, we see social work lessons for all societies, writes Rory Truell in the Guardian

In a street of salmon and teal painted houses, once home to wealthy colonial administrators, sits the Casa del Abuelo. Now a community centre providing free day services for older inhabitants of the neighbourhood, Casa del Abuelo – or home for grandparents – was the first of many such facilities set up by Fidel Castro during a wave of social reforms to provide care and support for ordinary Cubans after the collapse of the Soviet Union and the US economic blockade crippled the country’s economy.

The warm pastel colours of the building and Cuban flag fluttering in the humid Caribbean breeze accord well with the gentle kindheartedness I found inside.

Julio, an 89-year-old member, clasped my hand as she showed me around the converted colonial mansion. She explained that each day in this community-led enterprise starts with breakfast and a discussion about politics.

After this, it is exercise classes. “The key to long life is an active mind and body,” she said. She then showed me the occupational therapy facilities and crafts that members make daily. “The men don’t do this though,” she said with a smile. “They prefer checkers – they think it’s more manly.”

In the large sitting room a picture of Castro hangs prominently, as does a photo of Che Guevara in the hallway. Castro opened the centre in 2000, the first in a wave of social care initiatives that are the envy of the world. He aimed to have a social worker in every community, with a ratio of at least one social worker to every 1,500 residents.

“They build and support the relationships with each person here and their families,” Julio said of the social workers’ role at Casa del Abuelo. “And if we don’t have a family, we are supported to feel that we are part of a new family, here at the centre.”

Social workers are also responsible for writing a biannual social diagnosis report, which informs local and national authorities about the needs of their communities. This often results in extra care programmes and the reorganisation of resources to support and enable people of all ages to access healthcare and education.

At the Cuban Association of Social Workers, however, staff explain that there are a number of challenges for the profession.

The ageing population is an issue. Since the revolution, life expectancy in Cuba has risen by more than 20 years. But this is coupled with a low birth rate, meaning social work is focused on the needs of the oldest population in all of Latin America.

As a consequence of its economic isolation, Cuba also struggles with poverty. With a degree qualification that takes five years, social workers will earn the equivalent of just $40 per month, a little less than doctors.

And while social work is considered an occupation, it is not recognised as an independent discipline, so qualifications are taught through the health or sociology departments of universities. This problem, by no means limited to Cuba, means the work is often seen as a second-tier vocation rather than a profession equal in importance to health or education.

But social work is what holds everything together. “In Cuba,” explained social worker Alberto, “there are three elements to every medical diagnosis: physical, psychological and social.” Social workers contribute to each of these, so only they can understand a person’s total wellbeing. “Social work in Cuba is about the prevention of social problems that would otherwise lead to poor health,” he said.

This is also how Julio perceived the role of the social worker at Casa del Abuelo. As she clasped my hand, leading me through cool passageways, she pointed to the photo collages of residents and their families on the walls. She said social workers regularly encourage families to visit to counter the depression that can be caused by isolation.

In Cuba, we see a lesson for all societies. Social work is recognised by the government as a way of fostering social justice and wellbeing through prevention strategies and the active support of marginalised people. This is something we can all learn from.