The Telegraph: Open University under investigation after it emerges that Cuban students are banned from institution 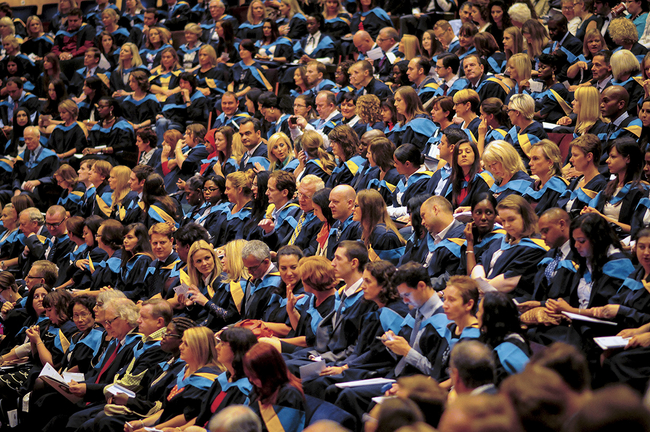 The Open University has become embroiled in a row with Cuba, after it emerged that they do not allow Cuban students to enrol on their courses.

The ban - which has been in place since 2014 - came to light when a Cuban student was accepted by lecturers for a PhD at the institution, only to be told by the university's management that Cuba was on a list of “restricted countries” due to “international economic sanctions and embargoes”.

The university is now under investigation by the Equalities and Human Rights Commission (EHRC) as it could be in breach of the Equalities Act 2010 which states that it is unlawful to discriminate on grounds of race or nationality.

Under US law, it is illegal for American companies to trade with Cuba, but British companies are protected from having to comply with this under special “antidote” laws.

Ministers have been urged to intervene and to force the Open University, which provides distance-learning courses to both British and overseas students, to reverse its ban - which will cause embarrassment to the Government at a time when they are trying to forge closer links to Cuba within higher education.

Other countries on the Open University’s “restricted list” include Syria, Iran and North Korea.

Rob Miller, director of the Cuban Solidarity Campaign, said: “It is a ridiculous situation. You have a British institution overriding UK laws on equality to safeguard against US laws. I have spoken to the Cuban Embassy and they are annoyed. If the Open University don’t respond satisfactorily to us, we will seek legal advice. This is discrimination”.

Sally Hunt, the University and College Union general secretary, said: “There is no justification for not accepting Cuban students on a course, and any move to stop anyone would be directly at odds with current UK government policy on cooperating with Cuba on higher education issues, particularly around teaching English.”

An EHRC spokesperson said: “The Equality Act makes it unlawful for universities to discriminate against students based on nationality when deciding who to offer admission to. The Open University may be in breach of the Act. We’ll be looking in to this matter further.”

A spokesman for the Open University said: "The US has comprehensive sanctions in place against a number of countries, including Cuba, meaning that it is not lawful for organisations subject to US jurisdiction to supply educational services to those countries without a licence.

"After careful consideration of the regulations, supported by legal advice and a risk assessment, the University reluctantly concluded that it must apply to the US Treasury Department’s Office for Foreign Assets Control (OFAC) for the relevant licences.

"The OU has applied for the licences and is waiting to hear whether or not they will be granted. In the meantime, we find ourselves in a regrettable situation in which we are temporarily unable to accept students from a limited group of countries, pending determination of the licence applications."