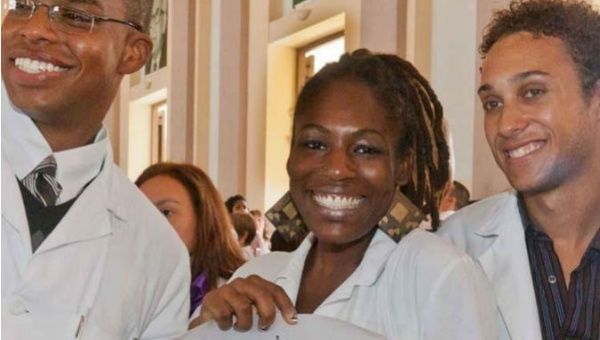 This week marked the first selection of 200, primarily former FARC guerrillas, as well as young campesinos in Colombia, to study medicine in Cuba.

A committee of medical professionals from Cuba's Latin American School of Medicine and officials from the Cuban embassy in Colombia completed the selection process.

Between July 19 and Aug. 16, according to Colombia Informa, the student beneficiaries — residing in Transitional Standardisation Zones or in the countryside — were chosen to begin medical study in September.

Student doctors will be trained in accordance with the Cuban family medicine model so that they may return to Colombia once they've graduated to improve and fortify primary health care for the underserved.

"Today, in our country, we work to build peace. To reach this, we are in constant war against the cruelest enemy called inequality. From every mountain, every millimeter of Colombian soil, we give you infinite thanks for performing such an important and great work," said Ignacio Cabrera, a member of the ELAM Foundation.

Zulan Popa, Charge d'affaires of the Cuban Embassy in Colombia, stated, "This is another tangible gesture by the Cuban government to continue strengthening bilateral relations with Colombia and expressing the support it has presented for the construction of the peace agreement."

However, full implementation of the peace accord faces ongoing violence perpetrated against demobilised, unarmed FARC members as well as social and human rights activists.

Since the signing of the peace agreement in November, nine former FARC members have been killed and since the start of the year, 52 human rights activists and social leaders have been murdered in Colombia.

Founded in 1999 to train young students from poor communities who would never have a chance to go to medical school, Cuba's ELAM is committed to training 100 medics — free of charge — every year from Latin American and Caribbean countries and even the United States. Students from various African countries also make up the student body.

In order to attend, aspiring students must commit to one promise: that they return to their local communities to practice medicine there.

Read more: 500 Ex-FARC Rebels and 500 Colombian Victims to Get Medical Scholarships to Study in Cuba (March 2017) Cuba will offer a total of 1,000 medicine scholarships to Colombia over the next five years; 100 per year to the ranks of the demobilised FARC and another 100 to aspiring Colombian doctors who were displaced or otherwise affected by the armed conflict.