A Lesson for the US: Cuba's Response to Hurricanes 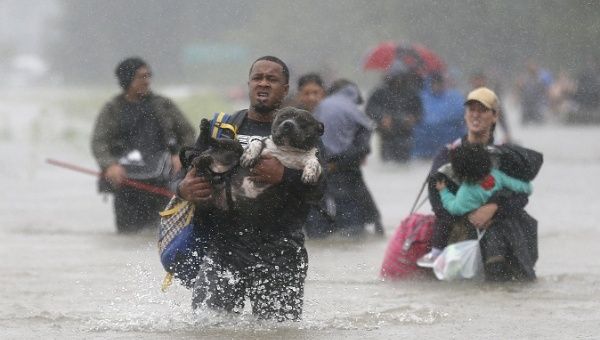 As one-time hurricane, now tropical storm, Harvey continues to wreak havoc in Houston and other areas of Texas and Louisiana, and on the eve of the 12-year anniversary of Hurricane Katrina, teleSUR spoke with Gail Reed. She is executive editor of the Medicc Review, a peer-review journal about health and medicine in Latin American, Caribbean, and other developing countries, and a journalist who has spent more than three decades in Cuba. We wanted her insight into Cuba's local preparation and prevention plans, compared to U.S. disaster relief efforts, and how these distinct measures save lives as well as property during severe storms.

Our conversation began with Reed expressing solidarity with the people of Texas and Louisiana, as well as first responders, stressing that their predicament faced with the catastrophic flooding occasioned by tropical storm Harvey is “unforgivable.”

Reed stressed that while “Hurricanes give you several days warning” the Cuban government “gives seven days warning,” during which time local communities are given ample opportunity to prepare for the worst.

She noted that local leaders are the protagonists of “disaster warning processes based on constant drilling,” which takes place under the rubric of “risk-reduction” in every province, city, town and village.

These constant drills are coupled with an integrated response from local fire departments, health, transportation and other vital public services. Above all, Cuba places “tremendous emphasis on educating the population” to keep communities and families, particularly the most vulnerable, safe.

“A taxi driver can tell you what a hurricane 5 is on the Saffir-Simpson scale and they will give you a whole lecture on what they need to do to prepare,” said Reed.

The journalist also pointed out that Cuba no longer talks about evacuation, but rather focuses on “protection,” which includes reinforcing “a local school” capable of accommodating local communities and pets.

She said that, unlike the people of Texas and Louisiana affected by tropical storm Harvey, all of whom must apply for federal aid, Cubans, despite the country's vastly inferior economic resources, do not feel as though they will be abandoned “no matter what,” nor subjected to market-driven price gouging of vital supplies as witnessed in Texas today.

According to Reed, the Cuban approach to prevention policies demonstrate a thoughtful insight into the sheer power of nature and the impact of climate change. The U.S. philosophy of disaster relief, on the other hand, is more of an afterthought, which fails to recognize human frailties.

Reed recalls how in 2005, Cuba, which has suffered over half century of a U.S. economic blockade, offered to send 1,500 medical professionals from the Henry Reeves Brigade to help the people of New Orleans in the wake of Hurricane Katrina. The former U.S. President George W. Bush, swiftly rejected the offer.